4 Reasons Why Heroin Is So Popular Now 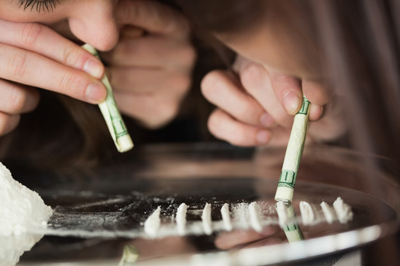 Heroin was a popular drug in the 1960s and 70s, but then it faded out of style. By the 1990s, more people used crack cocaine than heroin. However, within the past decade, heroin use has grown to epidemic proportions.

Not only is heroin use on the rise but also so are overdose deaths. For the first time, we’re also seeing different types of heroin users. The CDC shows staggering increases in heroin use, particularly among women and wealthy Americans.

So what makes heroin so popular?

In this article, we discuss what they are and why they’ve contributed to the heroin problem.

Opioid painkillers were widely prescribed in the 1990s and 2000s. While they are effective and necessary in some instances, they are also commonly abused.

Because of this, law enforcement cracked down on prescription pain pills. They shut down many of the pill mills that were operating unethically as well as the doctors who were over-prescribing the medication.

There are also databases that can now be checked to make sure that the patients who are on pain pills don’t get prescribed them from another doctor. This has made prescription painkillers more difficult to obtain, which has led some people to seek out heroin instead.

America gets the majority of its heroin from Mexico, and the land that is used to grow opium poppies has significantly increased. This means that there is an abundance of heroin being pushed into the U.S.

Mexico also has more incentive to make money off heroin since marijuana hasn’t been as lucrative of a business. With more states allowing medical marijuana, it’s been harder for Mexico to find a market in the U.S.

Heroin is far cheaper than prescription pain pills, so those addicted to these drugs can get a similar high for much less.

On average, a bag of heroin costs about $10 on the street. For people who buy in bulk quantities, the prices can be even lower.

The cost of heroin is cheap because of the large supply and the fact that it can be diluted with baking soda, lactose and other cheaper drugs.

Heroin is a much purer product these days. One DEA agent says that today’s bags of heroin are 7 to 10 percent pure compared to the 2 to 3 percent from years ago.

Purity matters for a couple of reasons. First, a purer product means a better high. Second, heroin that is more pure allows users to take it without a needle.

The fact that users don’t have to use a needle also adds to heroin’s popularity. People can snort heroin, which makes users feel less “dirty.”

It only takes one time for some people to become addicted to heroin. If you or someone you care about needs help for a heroin problem, call The River Source today. We can help.