Drug addiction is a complex disease that is characterized by uncontrollable cravings and compulsive drug seeking, even in the wake of devastating consequences. Many families may not fully understand the grasp that addiction takes on a person’s life and expect their loved one to change with extra support and guidance at home. Drug addiction is far more complicated, however, and the only way to truly work through the problem and its underlying components is through intensive drug addiction treatment.

The River Source provides an integrative approach to medical detox with drug addiction treatment, for patients ages 18 and older. Because drug abuse has so many components and disrupts many aspects of a person’s life, drug treatment needs to be equally diverse. For this reason, we’ve adopted a holistic 12-step program that involves treating the mind, body, and spirit. When each component of the self can be properly healed, the recovering addict receives a strong foundation that lowers the risk of relapse and embraces a life of sobriety.

Just as no two people are alike, no two treatments for drug abuse are alike, either. Our counselors and medical doctors treat each patient individually and provide them with a treatment regimen that works to their strengths. With our integrative approach that involves both conventional medicine and holistic therapies, we believe our rehabilitation carries particularly high success rates compared to other forms of treatment. 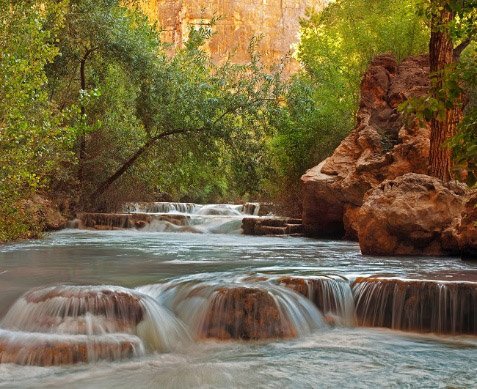 The misuse and abuse of prescription medications in the U.S. is something that most people are loosely aware of, but they fail to understand the extent of the problem. What makes prescription drug abuse particularly challenging is that the drugs are legal and readily prescribed. They sit in medicine cabinets across the country. They become addictive to those who once needed them. They can be the first step to heroin addiction.

A closer look at the problem tells us that 52 million people over the age of 12 in the U.S. have used prescription drugs non-medically in their lifetime. The most common include painkillers, tranquilizers, and stimulants. While the U.S. population only makes up 5 percent of the world’s population, we consume 75 percent of the world’s prescription drugs.

If there’s one thing that can be learned from prescription drug abuse, it’s this: do not let the legality of these drugs overshadow their potency.

Methadone is a long-acting, synthetic narcotic analgesic that is commonly used in tapering patients struggling with opioid addictions such as heroin, morphine, and codeine. Methadone’s function serves to reduce withdrawal symptoms, curb cravings, and block the euphoric effect of opioid abuse. A common occurrence with this treatment is that the patient is essentially trading one addiction for another, thus creating a new need to detox from the treatment itself. The River Source works with patients to successfully detox from methadone and continue on their paths to sobriety.

Heroin is an opioid drug synthesized from morphine. This highly addictive drug has been on the rise since 2007, and it has been particularly persistent in affluent, suburban communities. This drug trend has been largely driven by the young adult population, ages 18-25, and is also believed to be intensified by the prescription drug abuse problem.

Since heroin mimics the same feelings as prescription painkillers, it is a logical next step for a prescription drug addict. Prescription medications can be hard to obtain over time, and the prices on some pills are extremely high. For regular addicts, they turn to the much cheaper and more available heroin. Street heroin is dangerous and sometimes deadly, containing toxic contaminants and additives that can cause permanent damage to the body.

The impact of heroin is felt all over the U.S. and is considered one of the most persistent drug abuse issues affecting urban, suburban and rural communities from coast to coast.

Cocaine is the second most trafficked illegal drug in the world and the most abused stimulant drug in the U.S. It’s highly addictive, coming from the leaves of the coca plant. Adults ages 18-25 have the highest rate of cocaine abuse. The drug is often referred to as the “caviar” of recreational drugs, with descriptions that include gold dust, the Cadillac of drugs or the champagne of drugs.

Cocaine use has decreased slightly since 2007, with 1.7 million Americans over the age of 12 using the drug in the past month. Some cocaine users say the drug is not addictive because it doesn’t share the same physical withdrawal symptoms as heroin or alcohol, but cocaine is particularly addictive to the mind. Its physical effects are not to be ignored, of course, as cocaine is one of the most frequently involved drugs in ER visits.

Marijuana is the most commonly abused illicit drug in the U.S., and it has been increasing steadily among young people since 2007. This is due to the growing tolerance of the drug and a diminishing perception of its associated risks. Although marijuana is still classified as a Schedule I substance by the federal government. Two states have legalized marijuana for adult recreational use, and 21 states have passed laws allowing it as a treatment for certain conditions.

Marijuana may not have a grim reputation as other drugs do, but its concerns are not without merit. Marijuana affects the brain’s development and interferes with patterns of thinking, memory, concentration, and sensory perception. It acts as an irritant to the lungs, increases heart rate and is linked to mental illness such as depression, anxiety and personality disturbances. Contrary to popular belief, marijuana is addictive and can lead to more serious drug abuse down the line.