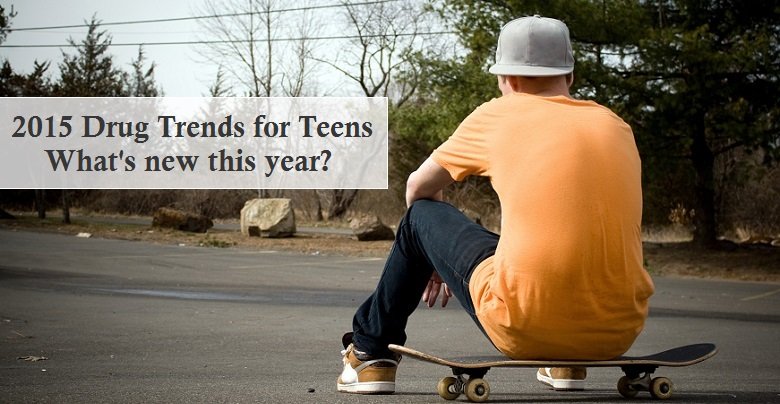 New drugs and drug trends come into the picture quickly, and it’s not until negative consequences occur that law enforcement, health officials and treatment centers learn the true scope of the problem. The National Institute on Drug Abuse (NIDA) hosts a group of researchers in major metropolitan areas to keep tabs on emerging drug trends and patterns of drug abuse.

Let’s take a look at some of the newest drug trends that this group has found. Most trends in drug use start with and are popular with teens.

Fentanyl is an opioid drug that is 30 to 50 times more potent than heroin. It’s traditionally used for anesthesia and pain relief. Since 2013, hundreds of people have died from the drug. The deaths have mostly occurred in people who thought they were taking pure heroin but instead it was laced with fentanyl. The drug is extremely potent and can kill a teen by stopping their breathing.

Synthetic drugs are synthetically created to mimic hallucinogenic or narcotic drugs. Examples include K2, Spice and bath salts. Synthetic cannabinoids are especially popular among teens, but unbeknownst to them, these drugs are more potent than marijuana. In April and May of this year, there was a surge of cannabinoid exposure, poison center calls and hospitalizations from the drugs.

Flakka is surging in Florida, but like other drugs, it will make its way throughout the country over time. The drug is chemically similar to bath salts and it causes excited delirium that involves hallucinations, paranoia, and hyperstimulation that can lead to injury or violence. Flakka is also linked to heart attack, kidney damage, high body temperature, and suicide.

Bulk bags of caffeine powder are attractive to teens because they are readily available, increase energy and help with weight loss. But less than a year ago, a teen died from an overdose of powdered caffeine, which prompted health officials to look into the powders, which are sold online. These drugs are extremely dangerous; just one teaspoon is equivalent to 25 cups of coffee. Caffeine is safe, but only in carefully measured doses.

Drug trends change from year to year. See 2014’s emerging drug trends and how they compare to this year.

If your teen has a substance abuse problem, treatment from a specialized recovery center is necessary. The River Source is one of the few treatment centers that offer a full continuum of care for teens, from naturopathic detox to counseling to aftercare. Our teen rehab center in Arizona serves male teens 13-17 in a comfortable, age-appropriate environment.

Call Us Now To Start This Life-Changing Journey…
We, Will, Be With You And Your Teen Every Step Of The Way!