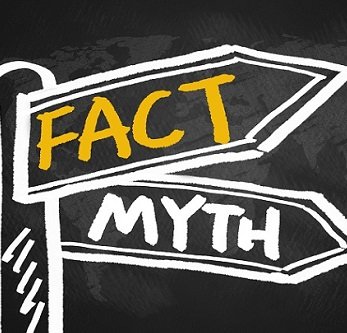 When you have a minor ache or pain, an over-the-counter pain reliever is usually enough to provide you with some relief. But if your pain is severe, you may be prescribed an opioid. Opioids are types of narcotic pain medications, but they can have serious side effects if you don’t use them correctly.

While these prescription drugs are made by chemists, there are other types of opiates that come from the opium poppy plant. The most common types of opiates include heroin, morphine, oxycodone and methadone.

Let’s take a look at five interesting facts about opiates.

1. Most Opiates Are Legal By Prescription

Even though opiates carry a bad reputation, all but one (heroin) are legal in the U.S. Opioid drugs like methadone and oxycodone are necessary for pain relief and legal by prescription.

2. Humans Will Become Tolerant Of Opiates If Given Unlimited Access

It doesn’t matter who you are. If you were to be given an opiate with unlimited access, your body would become tolerant and physically dependent on it. In fact, if you’ve ever taken an opioid for a medical problem, you may have noticed that in that short time, you became tolerant on the drug. Addiction, however, involves the compulsive use of the drug.

3. The Reason Why People Die From Heroin Is Because Of Respiratory Distress

Most people who die from a heroin overdose do so because of respiratory distress. The drug makes you sleepy and calm, but if you take too much, you can actually fall asleep and stop breathing. This happens because the respiratory system shuts down. A heroin overdose can also cause your blood pressure to drop and your heart to fail.

4. The More Opioids That Are Prescribed, The More Deaths There Are

When prescription opioids go up, deaths go up. When they go down, deaths go down as well. According to a report from the CDC, there are 46 deaths each day from prescription drugs. The Southern states have the biggest problem, but the rest of the country isn’t helping either. Prescription opiates kill twice as many people as heroin and cocaine combined.

The heroin problem that we have in our country is serious and getting worse. Three out of four people with a heroin dependency began with prescription painkillers, new studies suggest. People who abuse the drugs from the start are more likely to become addicted.

The River Source provides holistic treatment for drug and alcohol abusers. We have had great success in treating heroin addiction thanks to our integrative approach that heals the mind, body and spirit. To start your journey to a better life, call The River Source today.