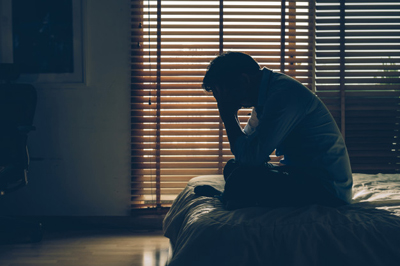 8 Myths About Addiction That Need To Be Shattered 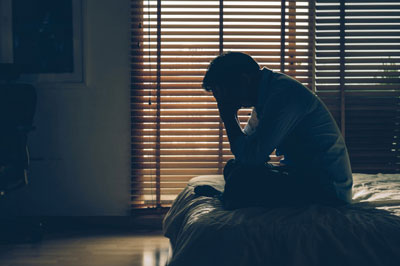 In celebration of National Recovery Month, we wanted to address some of the most common myths surrounding addiction – and crush them! Even though we’ve come a long way in recognizing the signs of abuse, understanding some of its root causes and acknowledging what treatments are most effective, we have a long way to go. There remains a large part of our community that continues to be misled by the myths that have long surrounded addiction. Myths are dangerous – they prevent us from seeing the truth.

Let’s take a look at some of the most common myths that still persist.

Let’s get one thing straight: drug addiction is not a voluntary behavior. Not even close. The decision to experiment with drugs or alcohol initially may be voluntary, but the act of continuing to use the drug is not. Over time, the continued use of drugs changes the brain’s pathways resulting in compulsive and uncontrollable drug use. The addict is no longer in control – their addiction is.

Again, this couldn’t be further from the truth. Drug addiction is a brain disease. What’s interesting is that no matter what a person is addicted to, the effects on the brain are similar. A person addicted to heroin will act very similarly to a person addicted to prescription medication. The pathways that are changed in the brain have a huge influence on behavior, and the addiction becomes the single motivator for the person.

Myth #3: The Addict has to Want Treatment for it to be Effective

This is a tough one, especially because we don’t have control over another. That being said, research shows that those who enter drug treatment programs do better in high-pressure situations, regardless of what the initial reason for coming to treatment was. If you know someone with a dependency, don’t just sit around and wait for them to be ‘ready.’ Do something about it today.

Myth #4: Treatment Should Work the First Time Around

This way of thinking generally ties in with myths 1 and 2 because these people feel that a quick stint in rehab will work out the poor choices the addict is making. Unfortunately, this isn’t how it works. Addiction is a chronic disease, which means treatment needs to be alive and ever-changing to meet the person’s needs. Sometimes, repeated treatment is needed as well. Which leads us to the next myth…

There are two things wrong with this. First, if relapse were a failure, then all the progress that was made in rehab is gone. This is not true, however, as the addict builds on their treatment over time. Second, if relapse were a failure, it would mean that second chances weren’t worth going after. While we don’t want to undermine relapse, it is simply a bump in the road. Imagine all the people who have been sober for years – many of them relapsed but still found their way.

Myth #6: Treatment Centers Should be on the Hunt for a ‘Magic Bullet’ Treatment

While we wish that treating addiction could be met with a simple solution, this isn’t the case. There is no one-size-fits-all approach to treating addiction, as each person has a unique background, personality, family history, co-occurring disorders and so on. Also, addicts respond differently to different treatments. More treatment centers should be focused on client-centered care that addresses the individual needs of the addict and includes nutrition, holistic therapies, and naturopathic detox to improve overall health and wellness.

Myth #7: Rock Bottom Needs to be Hit Before an Addict Agrees to go to Rehab

No treatment center will deny an addict because they haven’t reached rock bottom. ‘Rock bottom’ is not and never has been a requirement. It’s true that some people do reach this point before they get help, but it’s certainly not necessary. In fact, addictions are easier to treat prior to the addict hitting rock bottom because they aren’t in as deep, and they may be able to avoid some of the consequences that come with rock bottom experiences, including job loss or divorce. Addicts can enter treatment at any time, the sooner the better.

Myth #8: As long as the Addict Stays Motivated, 30 Days of Treatment is All That is Needed

Research shows that a minimum of 90 days of treatment is most effective. The days following treatment are also critical and should include supervision and support. Recovering addicts who remain drug-free for one year are twice as likely to stay sober, although treatment needs to continue. Recovery takes time, and treatment is just the beginning. But, we must all start somewhere. But, you can’t expect miracles in 30 days.

It’s time to shatter these myths for good. Share this with someone you care about!