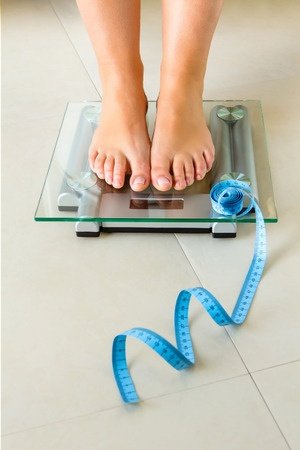 Are Eating Disorders a Type of Substance Abuse?

When people with eating disorders, bulimia in general, talk about the foods they binge on, it can sound a lot like substance abuse. People with bulimia have an uncontrollable, overwhelming urge to binge on foods in a way that’s similar to how people abuse drugs. Stopping the behavior is just as hard as trying to stop an addiction. Both diseases are highly impulsive and have a strong addictive aspect, making it difficult to stop.

In fact, it’s not uncommon for people to have both problems: bulimia and substance abuse. The American Psychological Association estimates that five million people have a diagnosable eating disorder, and about one-third of people with bulimia will have an alcohol or drug problem at some point in their lives.

Another similarity between the two disorders is that it’s very difficult to stop the behavior without intervention. Eating disorders and substance abuse typically have deep roots that must be dealt with before the person can recover from the disease. Counseling and therapy are extremely effective at dealing with these issues, as is a structured, positive environment.

The Link Between Eating Disorders and Substance Abuse

What are some of the reasons why eating disorders and substance abuse have such a strong link? And how can families help their loved ones deal with both issues in a healthy and constructive manner?

Genetics always seem to pop up when discussing health, and for good reason. Many of the diseases and conditions that people live with are inherited. Scientists estimate that between 40 and 60 percent of a person’s vulnerability to addiction comes from genetics. Some people are more impulsive by nature, which could contribute to the addictive tendencies. It’s also believed that certain neurotransmitters in the brain are responsible for addiction, and this could span across several types of addictive behaviors such as eating disorders and substance abuse.

We can never rule out the environment when talking about addictive behaviors because it plays a strong role in the onset of addiction. For example, if a person is raised in a home with a lot of conflicts, it could lead them to develop an addiction to food, drugs or alcohol. They may use these substances to feel better about themselves and in control of their life. Or, if there is extreme pressure to be thin in the family, a person may develop an eating disorder. The compulsivity that goes along with bulimia can then spill over into other problems with drugs and alcohol.

Psychological factors are also deep-rooted in addiction problems. People with addiction tend to have psychological issues such as mental illness, personality disorder or low self-esteem. They may use food, alcohol, and drugs to gain a sense of control over their lives, or they may use these substances to self medicate themselves. Individuals with both eating disorders and substance abuse problems tend to be impulsive, curious and have a lack of control over their choices.

What Comes First: The Eating Disorder or the Drug Abuse?

It’s difficult to know exactly when substance abuse is developed in relation to substance abuse disorder. Since both conditions are co-occurring, it’s hard to determine what came first.

Some researchers do agree that eating disorder comes before substance abuse. According to a study in the journal Psychological Medicine, researchers found people with anorexia were likely to develop their eating disorder before they developed problems with drugs and alcohol. But when a person is dealing with both conditions, it’s not important what came first. Both conditions need to be treated with early intervention.

If a loved one is abusing drugs and alcohol and also suffering from an eating disorder, one condition cannot be treated without treating the other. Otherwise, the conditions will continue to feed on each other, making recovery almost impossible.

For instance, a person with anorexia who continues to starve themselves can inch their way closer to overdose because their weight will drop and they will continue to use drugs. Or, a person with bulimia could develop intense pain and bleed from the vomiting, and they’ll be driven into the hands of drugs and alcohol to cope with this pain.

The best route is choosing an integrative residential treatment facility that is familiar with treating substance abuse and its related co-occurring disorders. It’s common for people with an eating disorder and substance abuse to have a third problem that is driving the behavior such as bipolar depression or anxiety.

Treatment centers that offer an integrative recovery approach will address the problems and their underlying components. They may also use holistic therapies such as acupuncture and biofeedback to help patients manage their pain and anxiety. Counseling is also a main factor in treatment, allowing patients to work on an individual, group and family level to sort through their problems and rebuild their lives.

Please note that The River Source does not treat eating disorders as a primary issue. If you or a loved one has an eating disorder as the primary diagnosis, a specialized treatment center is necessary.