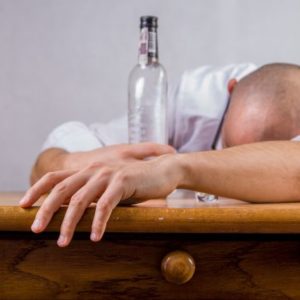 No one becomes an alcoholic overnight. Alcoholism is a progressive, chronic disease that generally follows three stages. Since alcohol is legal and socially acceptable, many people do not realize that they are crossing the line to the middle stage.

Once you are past the first stage, it’s difficult to stop drinking on your own. Alcohol becomes needed socially, emotionally and physically. Tolerance builds up, which means you may find yourself drinking more to achieve the same effects.

Let’s start by breaking down the stages of alcoholism, the signs and symptoms you can expect and when it’s time to seek intervention from a professional treatment center.Moving from Habit to Addiction

Alcoholism is a disease that only gets worse – not better. Though each person is unique, alcoholism generally presents itself in three stages: early, middle and late. In the beginning, most people start drinking socially or recreationally.

Not everyone who drinks ends up with a problem, but some will. Your genetics and the environment you were raised in influence your likelihood for developing alcoholism. If you have a mental disorder such as bipolar disorder, this also puts you more at risk for alcoholism.

The most common signs that recreational drinking is moving toward addiction are:

It’s not necessary to wait until alcoholism is presenting itself physically and psychologically. Alcoholism can be treated in its early stages, and you can get your life back on track before it spirals out of control. However, in order to recognize when drinking has become a problem, you must be familiar with the stages of alcoholism and how they manifest.

Breaking Down the Key Stages of Alcoholism

The early stages of alcoholism can be difficult to detect because there is usually no dysfunction. During this stage, tolerance to alcohol builds up. The first true sign of a problem is being able to drink more without losing control.

Another thing to pay attention to is your attitude toward alcohol. Do you seem to need it more than others? Can you have fun without alcohol being around? Do you find yourself obsessing over that next drink? If something seems different about the way you handle drinking compared to your peers, it’s possible that you may be at a greater risk for alcoholism.

Generally speaking, people in the early stages of alcoholism are high school students or young adults experimenting with alcohol for the first time. Drinking is a socially acceptable activity and even considered a “normal” part of the high school and college experience. This is what blurs the lines between social drinking and habitual drinking.

Binge drinking is also a big issue for these age groups. Binge drinking is serious and can lead to greater tolerance and the progression to daily drinking. High school and college students are also introduced to a wide variety of alcohols – beer, wine, liquor – which can lead to preferences and dependency.

In the second stage of alcoholism, the disease progresses to the point that physical and social effects appear. Heavy drinking may lead to blackouts, and you may develop a strong craving for alcohol. Everyone experiences these cravings in different ways. One person may obsess over having a drink after work, while another experiences irritability. You may notice symptoms of alcohol withdrawal if you go too long without having a drink.

Symptoms of alcohol withdrawal include:

Alcoholism can also affect you psychologically. You may notice that without a drink, you feel anxious or depressed. You may not be able to fall asleep on your own or attend social events without having a drink. Because of your growing tolerance to alcohol, other people start to notice the unhealthy relationship developing. They may say something to you, which will probably be upsetting.

When alcoholics feel judged, their first reaction is to pull away. Your brain and body tell you that you need alcohol, and you don’t want want to experience the uncomfortable feelings of withdrawal. It’s easier to isolate yourself and drink alone, or have a few drinks before going out with friends. Alcoholics get creative in the beginning of this stage, but usually by the end, they are less worried about their appearance to others.

The end stages of alcoholism are what we envision when we think of a classic alcoholic: someone who has lost control of their lives and suffers physically, socially, mentally and financially from the disease.

Another major part of the end stage of alcoholism is obsessiveness. By now, you’ve probably become so obsessed with drinking, it has taken over all aspects of your life. You need it to have fun, to sleep, to deal with stress, etc. It doesn’t matter that alcohol is coming in between your relationships, your family or your career. Your focus is on having that next drink.

Even when you are able to get through one of your responsibilities, you’re not really present. You are just counting down the hours until you can indulge. This is not a lack of character or choice. This is the addiction taking over.

With the obsessiveness that comes with the disease of alcoholism, it’s obvious that many things are lost in the final stages. You can also suffer from physical problems such as hepatitis, cirrhosis of the liver, pancreatitis and respiratory infections. In severe instances, alcoholism can lead to heart failure or permanent brain damage.

At this stage, it’s important to realize that you’ve lost control of your ability to stop drinking. The only way to recover from this disease is to seek professional help. Otherwise, you will likely spend your remaining years drinking to prevent withdrawal symptoms.

Getting Help: When is the Right Time?

A common misconception that people have is that addicts need to reach rock bottom before they can get help. This is not true at all. In fact, it’s far more effective and beneficial for everyone involved to seek professional treatment early on. A few key benefits of early addiction treatment are:

It’s important to realize that there is no “right” time to seek or accept help – the time is NOW. If you think you have a problem with alcohol, whether you are in the first stage or middle stage, help is available.

If you are in the early stages of alcoholism but are concerned about your drinking, you may benefit from an outpatient program. This way, you can continue going to school or working while getting the guidance and support you need to stop drinking.

By stopping the behaviors today, you open up a future that is free from alcohol, and prevent more serious problems later on. You can also address some of the reasons why you may be at risk for addiction, such as an untreated mental disorder or unresolved family problems.

The mid to late stages of alcoholism benefit most from an inpatient program. Since the addiction has progressed and made an impact on your life, you will probably need to relearn essential life skills and healthy ways to cope with stressful situations. You will also benefit from living in a sober environment with no distractions or temptations.

No matter where you are in your recovery, you can almost always benefit from a support group such as Alcoholics Anonymous. Support groups introduce you to a diverse group of people, opening up your understanding of alcoholism and how it manifests itself. You can take what you want from the members in the group and learn from the rest.

At the very least, you should enjoy the opportunity to connect with others who understand your struggles with alcoholism. You may learn about social outings that you can participate in or other activities to fill your time as you recover.

Alcoholism is a progressive disease. By continuing to abuse alcohol, you put yourself at risk for alcoholism. If you feel that you have a drinking problem, don’t make excuses or wait to get help. Treatment is available in many forms and is readily available from a private treatment center such as The River Source.

The River Source offers outpatient and inpatient treatment programs for people in all stages of alcoholism. Before starting one of our programs, we will assess your individual needs and determine how we can help you. Each treatment plan is highly individualized, maximizing your chances of long term sobriety. Please call us today to have your needs assessed and to learn more about the stages of alcoholism.