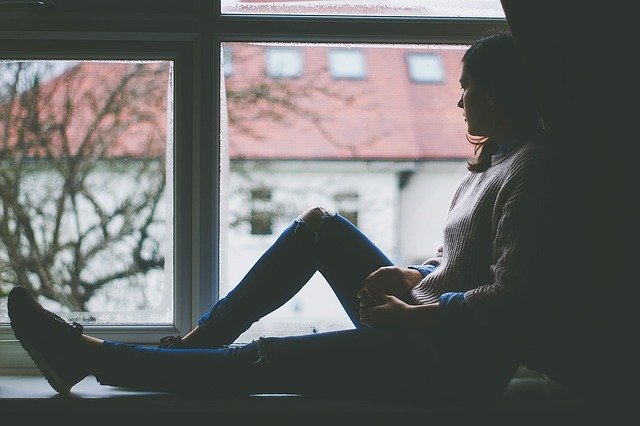 Cocaine is a highly addictive and powerful drug. Tolerance can build quickly, leading to a risk of addiction and accidental overdose. There is no specific amount of cocaine that can cause an overdose. It all depends on the user’s level of tolerance and their overall physical health.

Cocaine leads to significant changes in the brain. The drug acts as a stimulant, increasing dopamine levels. Dopamine is located in the reward circuit of the brain and is associated with pleasure. In normal circumstances, neurons release dopamine when the brain feels something pleasurable. It is then recycled back into the neuron, and the neuron shuts off.

However, when a person uses cocaine, the communication process is disrupted. Dopamine is prevented from being recycled and builds up in the brain. This is what creates an intense rush of euphoria. If the brain experiences this often, the brain’s reward system begins to change. This is what leads to tolerance and addiction.

Cocaine: A Leading Cause of Overdose Deaths

Recognizing how addictive cocaine is, it’s understandable why people get hooked so quickly. Heroin has received a lot of attention over the past decade, but cocaine remains a top threat as well. A report from the CDC published in 2016 found that cocaine is one of the leading causes of overdose deaths.

Furthermore, cocaine brings tens of thousands of people to the emergency room each year. According to the Drug Abuse Warning Network (DAWN), cocaine is the second most frequent reason for drug-related ER visits across the United States, the following alcohol in the No. 1 spot.

This report illustrates the dangers of cocaine and why it deserves just as much concern as heroin and prescription opioids.

How Does Cocaine Lead to Overdose?

There are many ways that cocaine can lead to accidental overdose and death. The most dangerous complications of cocaine are a heart attack and stroke. Snorting cocaine increases the risk of a stroke by 700% in the first 24 hours. This is why the drug has been referred to as “the perfect heart attack drug.”

Cocaine restricts the blood vessels, so the heart has to work extra hard to pump blood through the body. When it reaches a state of crisis, the heart rate, and blood pressure increase. This can lead to cardiac arrest. If the blood vessels rupture, cocaine users can also suffer from strokes or seizures.

Another complication is vomiting, something that the body may do as it tries to get rid of the cocaine. However, in a half-alert person, it’s possible for them to choke on the vomit. Or, if the airways become blocked with vomit, the user can die from suffocation.

The Cocaine Overdose Symptoms You Should Know About

A person who is overdosing on cocaine is dealing with a heavily overstimulated brain and body. Knowing the effects of a cocaine overdose can help save a life. Let’s review the most common warning signs that a person could be overdosing on the stimulant drug.

What are the Risk Factors for Cocaine Overdose?

Anyone who uses cocaine, even one time, puts themselves at risk for overdose. It may appear obvious but it needs to be said: the only way to prevent overdosing from cocaine is to stop using the drug. Using cocaine is the biggest risk factor for cocaine overdose symptoms.

A major risk factor for overdose is combining cocaine with another drug. When using a sedative with cocaine, users may feel diminished effects. This can result in the user taking more cocaine than their body can handle. On the other hand, taking cocaine with another stimulant such as Ritalin can have the opposite effect. The effects are compounded, and this can lead to lethal consequences such as heart attack or stroke.

Cocaine is particularly dangerous when combined with alcohol because a dangerous toxin is produced called cocaethylene. Cocaethylene is eliminated slowly from the body compared to cocaine, and this can lead to greater cocaine effects. For example, the heart rate or body temperature may be increased to lethal levels.

Another specific combination is cocaine and heroin, otherwise known as a speedball. The substances have opposite effects and this can make the user think that they aren’t feeling the full effects. Once the cocaine wears off, the user can overdose from heroin.

Finally, as tolerance builds, users need to take more of the drug to get high. Taking too much cocaine at any given point in time can lead to overdose, especially if the drug is laced with another substance.

What to Do if Someone is Showing Cocaine Overdose Signs

If you notice that you or someone else is showing signs of a potential overdose, it’s important to act fast. Call 911 immediately and get emergency help. Cocaine overdose death can happen quickly, so the faster you get help, the greater the chance the person will survive. There are things you can do while you are waiting for help.

One of the cocaine overdose symptoms is elevated body temperature, so start by applying cold compresses to the body to keep it at a safe level. If the person is experiencing a seizure, there’s not much you can do to stop it. What you can do is make sure that the environment around them is safe and free of sharp edges or hard objects.

Most importantly, stay with the person until help arrives. Not only is this beneficial for them, but also you can alert the emergency crew of the drug that was taken, how it was taken and if it was combined with any other substances. This information can be crucial in saving a life.

If you or someone you love is struggling with cocaine addiction, we encourage you to call The River Source. The recovery process starts with cocaine detox in a safe, supportive environment that is led by naturopathic doctors, nurses, and counselors. Our detox facility has 24-hour support staff, which means your loved one will never be alone.

To make the detox process more manageable, we have a wide range of holistic therapies and medications. The most difficult part of cocaine detox is the psychological effects, and these can last for many months or years. This makes inpatient treatment for cocaine abuse exceptionally important. Recovering addicts must learn how to lead a sober lifestyle without using cocaine.

When detox is complete, counseling can begin. Our patients receive individual, group and family counseling. They will also have a number of therapies available to them during their stays such as acupuncture, massage therapy, sauna treatments, and IV vitamin therapy treatments. Each patient receives an individualized treatment plan that caters to their needs.

Remember, the only way to prevent cocaine overdose symptoms is to stop using cocaine. There is no “safe” level. Call The River Source to learn more about the aspects of our program.