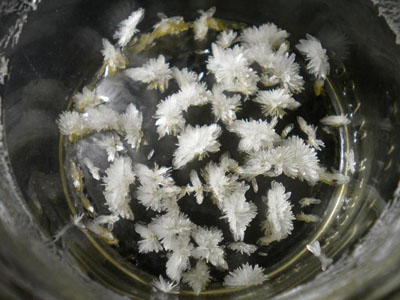 Dimethyltryptamine (DMT) is a hallucinogenic tryptamine that is found in plants, seeds, and even the human brain. When you go to sleep at night, your brain produces this chemical that is thought to be responsible for dreaming as well as other experiences such as thought processing, near-death experiences, and meditation. With its hallucinogenic effects, some street chemists produce synthetic versions of DMT that can be purchased in a crystallized form.

DMT offers a strong psychedelic experience that does not appeal to everyone, so it’s usually not one of the first or second drugs that someone will experiment with. The effects last for 45 to 60 minutes and can offer a very frightening experience. This drug is a Schedule I drug, meaning that it’s a dangerous substance with no currently accepted medical use and a high risk for addiction.

The types of psychedelic effects that users report include :

In addition to a short, intense psychedelic experience, DMT causes the following side effects:

What DMT Has in Common with Synthetic Drugs

DMT has many of the same barriers that synthetic drugs like K2 Spice and bath salts have. Although DMT is illegal in the U.S., the plants and living organisms that contain it are not. In the case of synthetic drugs, street chemists use chemicals that have not yet been banned and then move on to other chemicals when previous ones become illegal. This keeps them one step ahead of law enforcement, creating a dangerous cat-and-mouse game.

It is illegal to extract DMT from plant sources, but even with this in mind, these plants can be shipped to all parts of the country because they also have medicinal and burn relief uses. This makes it difficult to have control over the extraction of DMT since street chemists can easily get their hands on the plants they need to extract the drug.

Furthermore, those who use substances like DMT argue that their habit comes from natural sources, which in this case, are even part of normal brain functioning. This mentality can give more power to addictive behavior, allowing addicts to feel as if they are doing nothing wrong. Since DMT is rare to come across, most people do not use this drug regularly, especially because the psychedelic effects are intense. Instead, they use it in addition to other mind-altering drugs, further worsening an existing addiction.

A Complete Loss of Control

The most dangerous part about drugs like DMT is that the effects are immediate and the user has no control over their mind or body. In fact, people who use DMT are generally with another person or lying down because the psychedelic trip occurs so quickly after smoking the drug. It only takes about 10 seconds for the effects to surface, and each person has a unique experience, so you never know just how your body will respond. Like LSD, there have been many reports of users having frightening experiences from DMT, envisioning evil entities and forces or not knowing how to escape the world they’re in.

What some people fail to realize is that when you gamble with psychedelic drugs, the effects can last way beyond “the trip.” Whether a good or bad experience, these drugs have negative effects on the brain pathways and can create flashbacks, lingering psychological issues, and psychosis. Also, if there is a negative reaction, users may not know when or if they should call an ambulance. There have been cases where people have severely injured themselves or others because they were having a bad psychedelic experience. Others simply go into a state of panic or shock.

The Dangers of ‘Trying Anything’

Fortunately, DMT is not as common as it could be, but the idea of using plants and other organisms to get high is not. As we are entering the era of synthetic drugs, people are not afraid to try smoking or snorting chemicals just to alter their reality. This can and will have serious consequences, especially for law enforcement and hospitals as they try to uncover what users are taking, what the effects are, and how to treat bad experiences.

Most importantly, we must take these types of drugs just as seriously as prescription medications or drugs like heroin and cocaine. DMT is a powerful psychedelic, and it can have fatal consequences to the user and those around them.