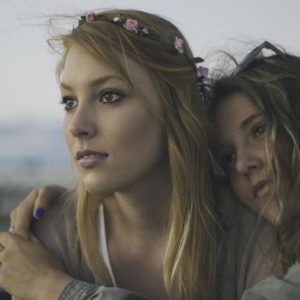 Does Gender Really Matter in Addiction?

In recent years, researchers have learned a lot about how addiction affects men and women. Thanks to this research, we know about the biological, psychological, and social factors that affect how men and women experience addiction.

Both genders struggle with addiction, though women tend to progress faster and often face more significant consequences. On the flip side, women are less likely to suffer from addiction. Both sexes do equally well in recovery, providing that their individual needs are met.

Let’s look at some of the main ways that addiction affects men and women differently.

By the numbers, drug and alcohol addiction is more common in men than women. However, this gap has been narrowing in recent years. According to the National Institute on Alcohol Abuse and Alcoholism, men are twice as likely to meet the criteria for drug addiction as women (the rates of prescription drug abuse are similar). Men are also more likely than women to abuse alcohol.

Men and women have various risk factors for addiction. Research shows that men tend to use drugs and alcohol to alter their moods and cope with social problems, whereas women are more likely to self-medicate and deal with psychological issues. Additionally, mental disorders like anxiety, depression, and PTSD are more likely to affect women than men, which can increase the risk for substance abuse.

Addiction causes major consequences for both genders, though women tend to experience more significant hardships. First, women tend to progress faster from recreational use to dependency. Women are also likely to have addictions that are just as severe as men’s, even though they haven’t been using them as long. Additional factors that affect women more than men include the risk of cancer, victimization, abuse, depression, and PTSD.

Both genders have barriers to treatment, and some of these barriers depend on the socioeconomic status of the individual. That said, women tend to have more barriers standing in their way, such as child care arrangements, the cost of treatment, and a lack of support at home. There is also a greater stigma for female addicts versus male addicts.

When men and women commit themselves to recovery, they are equally likely to succeed. Women and men have similar abstinence and relapse rates, though some research shows that women have shorter relapse periods and are more likely to seek help if they’ve relapsed. The most important thing is that addicts receive individualized care that addresses their specific needs.

It’s important to pay attention to the needs of female and male addicts. Knowing that women benefit from highly personalized and engaging therapy, a women’s only treatment program is an excellent alternative to a traditional program. It addresses the unique needs of female addicts and is conscious of the barriers they face. For more information on an exceptional gender-specific treatment program, call The River Source.