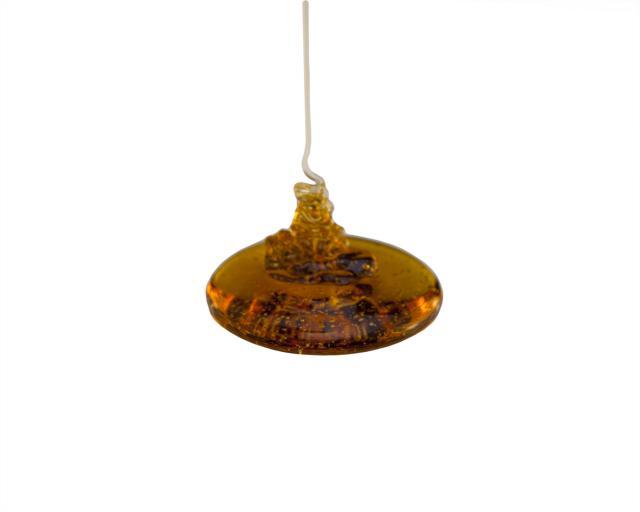 Keeping on top of emerging drug trends isn’t always easy, but there is one trend that law enforcement and drug addiction treatment centers across the country are keeping an eye on: dabs.

Dab – or earwax, honey, honey oil, shatter – is butane hash oil (BHO). The oil is extracted from the cannabis plant. Dab looks a lot like earwax thanks to its solid, waxy texture. Even though it may not look dangerous – it is. Consider that traditional marijuana contains about 20 percent THC, the substance responsible for creating a high. In dabs, the amount of THC is 80 percent. Bottom line: Dab is potent and intense.

Why Dab is of Particular Concern

The dabs phenomenon is much more popular on the West Coast at this time, showing up in states like California, Oregon, Arizona and Colorado. We’ve covered other substances on our blog, but not all drugs have a high potential for being abused on a mainstream level. Dabs, however, are a cause for concern due to a number of reasons.

First, marijuana has already been legalized in several states, and this gives the drug a safer image. When impressionable teens and young adults are offered dabs, the THC responsible for the high can give them a false sense of security. Second, there are properties about dabs that are favorable to drug users. Dabs are easier to transport, you don’t need much of it to get high and they don’t give off a noticeable odor. When drugs are convenient, they become that much more dangerous.

Additionally, some users admit to putting dab in their e-cigarette, meaning that they are able to get high without anyone – even law enforcement – being able to tell. For users who are still trying to balance their habits while functioning in society, this may sound appealing but is a threat to those around them.

What are the Dangers?

Dab is of great concern for both teens and young adults. Since the drug is so potent, it’s easy to overdose on it. Drug addiction specialists warn that it’s not uncommon for people to feel sensations of things crawling on the skin or suffer from hallucinations. It’s also common for users to pass out or suffer from nausea, confusion or dizziness after smoking dabs. The intense THC is a lot for the body to handle, even for regular marijuana users.

With the intensity of dabs, it’s no surprise that the drug has addictive properties. Some drug addiction specialists worry that we may see more cases of psychosis, anxiety, sleep problems and psychological ramifications that will be documented over time. Even though hash oil isn’t a new development, the way in producing it seems to be new. This combined with a more relaxed attitude toward marijuana – especially on the West Coast – is a recipe for disaster.

While dab may be easy to carry and conceal, it is certainly very dangerous to make, and this is another concern for law enforcement. The process of making honey oil involves butane, a very dangerous and flammable solvent. There have already been a handful of fires and explosions caused from this production, with documented cases in Arizona and California.

Additionally, since there are many videos online that show people how to make this concoction, novices are experimenting with dab production when they have no experience doing so. Not only could this lead to a fire or deadly explosion, but also butane could be left in the drug, and the users would then be smoking the solvent. Butane is toxic, dangerous and deadly when ingested.

What to Watch For

So, should you be worried?

When it comes to drugs, no one is exempt. It could be your child, your spouse, a niece or nephew, or a babysitter who becomes addicted. That’s why it’s important to keep an open mind when you sense that something may be wrong. When it comes to dabs,  this drug has a high potential for being abused because it’s easy to use, hide and transport without the fear of being caught. With this in mind, how would you know if someone was using the drug?

Keep an eye out for the universal signs of addiction, such as extreme mood swings, changes in sleep and eating habits, changes in friends, poor performance at work or school, secretiveness and lying. With dabs specifically, look for confusion, irritability, anxiety or paranoia – the same types of symptoms that would occur from a bad high on marijuana.

Of course, if you feel that someone close to you is abusing drugs or alcohol, don’t hesitate to contact The River Source at 1-888-687-7332. We have experience in treating all types of addictions, and we can help your family, too.