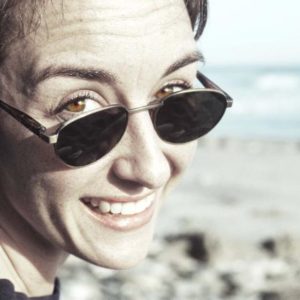 How to Get Off Methadone

Methadone is an opioid medication that was introduced in the 1970s as a way to help heroin addicts wean off the drug. The long-acting opioid is still used today, but only under strict medical supervision. Though it can be effective at easing withdrawal symptoms and treating pain, methadone is a strong drug that can lead to addiction. This is why more treatment centers – The River Source included – are moving away from methadone maintenance programs and treating heroin addicts with a different combination of medication.

When used as prescribed, methadone is effective at reducing withdrawal symptoms, decreasing cravings and blocking the euphoric effect of heroin. Methadone is capable of doing this because it’s an opiate and a full-agonist that takes over the brain’s opioid receptors. Just like other opiates, methadone can lead to tolerance, dependence, and addiction, even when it’s prescribed to treat pain.

According to the National Center for Health Statistics, the number of drug-poisoning deaths from methadone has increased sevenfold in recent years. In 1999, there were about 800 deaths, and in 2007, the number of deaths increased to 5,518. With a better understanding of the risks of methadone, as well as new treatments for heroin withdrawal, methadone deaths have been on the decline since 2008. However, in 2014, methadone was still involved in 26 percent of opioid-analgesic overdose deaths.

Here are a few of the reasons why methadone is so risky.

What’s the Problem with Methadone Treatment and Maintenance?

Now that you know a bit more about methadone and its dangers, let’s explore the reasons why methadone does not make a good treatment and maintenance regimen for recovering heroin addicts. There are risks associated with all types of medications, but methadone is of particular concern because of the following:

How to Get Off Methadone and Begin Recovery

With all the dangers to methadone, it’s understandable that you may be ready to stop your maintenance program. If you’re wondering how to get off methadone without suffering from serious withdrawal effects, it’s vital that you speak with your doctor or another qualified individual. Withdrawal from methadone can be highly uncomfortable, and each person requires an individualized approach.

Methadone detox is safest when completed in a drug treatment facility such as The River Source. This way, you will receive 24-hour supervision that prevents withdrawal symptoms from causing life-threatening effects. The goal of any detox program is to taper off the drug or reduce the dosage rather than stopping methadone cold turkey. Though this process takes longer, it’s generally safer, more comfortable, and more effective.

Timeline and Symptoms of Withdrawal

The first symptoms of methadone withdrawal typically appear within 30 hours from the last use. The entire process lasts a week or more but can vary based on the individual and their use of the drug. Once the withdrawal process starts, users begin to feel uncomfortable, with symptoms mimicking bad flu. The most common initial withdrawal symptoms include:

Like withdrawal from other types of drugs, methadone withdrawal is generally worse during the first week. After 7-10 days, some symptoms begin to taper off. However, some effects will continue to last beyond the first week such as fatigue, anxiety, depression, and trouble sleeping

While these symptoms can be scary, don’t let them stop you from getting the help you need. Talk to a treatment center about how to get off of methadone in the safest and most efficient way possible.

Not only is it important to research the rehab centers that provide methadone detox but also you should know what their approach to treating the withdrawal process is. Specifically, how does the treatment center plan to make you most comfortable? Which medications are used to ease withdrawal symptoms? Will there be emotional support offered?

The best methadone detox centers will be experienced in the following:

Now that you know how to get off methadone without withdrawal symptoms interfering with your recovery, let’s talk about some of the ways that you can maximize your success in staying sober. It’s possible and even common to relapse on methadone, especially in the early days of recovery. The drug is powerful and mind-altering, and it takes a long time to mentally and emotionally remove yourself from it.

No methods promise sobriety from methadone, but there are steps you can take to safeguard your recovery. Below are a few examples.

Are You Ever Cured from Methadone Addiction?

Addiction can be successfully treated and managed, and so this is your goal as you get off of methadone. Don’t be discouraged, however. The reason why addiction professionals don’t like to use the word “cure” is that someone who once struggled with addiction remains at risk for it in the future.

Rather than assuming you’re free of the disease, having a protective mindset reminds you to treat yourself carefully and make smart choices today, tomorrow and in the future. This is what helps you remain sober even when life throws you stressful situations.

There are two ways to become addicted to methadone: people are either prescribed methadone for pain or they are put on a maintenance regimen to treat heroin addiction. The latter is the most common. If you’ve found yourself in this position, it’s important to know that help is available.

Treatment for methadone addiction can be safe and effective, providing that you complete the withdrawal process in a medically supervised detox center. This way, you receive 24-hour supervision and access to a wide range of treatments that will reduce the severity of withdrawal symptoms. Most importantly, it’s the first step to finally free yourself of an addiction that probably replaced a past addiction.

To learn more about the safe and effective way to detox from methadone, please consult with an addiction specialist at The River Source.