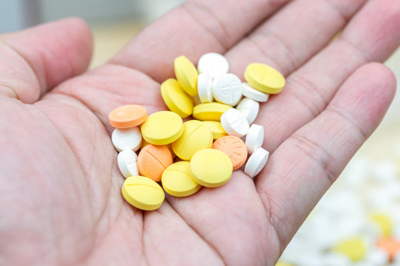 How Opiates Can Be Addictive

Addiction to opiates in the form of prescription painkillers is not only destructive; it is disturbingly common. The euphoria-inducing effect of opiates makes them popular among teenage recreational drug users and abusers of narcotic drugs alike.

People who are genetically predisposed to addiction are at an increased risk of developing an addiction to opiate-based narcotics. While some people can use medically prescribed opiate drugs long-term without ever developing an addiction, others develop a dependence on the drugs and require greater quantities to achieve the desired effects. The nature of opiate addiction is such that abusers quickly develop a tolerance to its effects and constantly seek out greater quantities of the drug more frequently. This may ultimately result in criminal activity to support an opiate addiction or the addiction may graduate to the abuse of street-level drugs such as heroin.

The legitimate prescription and sale of opiate-based drugs have been on the rise in the United States since the 1990s. Pain management clinics, general practitioners and surgeons have been liberally prescribing highly addictive opiates for the past two decades. The result has been an explosion of prescription painkiller addiction among the nation’s youth, disabled and addiction-prone population.

The Centers for Disease Control and Prevention (CDC) reported that 12 million people used prescription painkillers for non-medicinal purposes in 2010. The number of opiate overdoses reported during the same year was 15,000 in the United States alone. These staggering numbers are a clear indication of an epidemic of opiate-related addiction and overdose in the U.S.

Opiate-based drugs and opioids have a powerful effect on pain sensation and feelings of well-being. The reason they are so commonly prescribed to treat pain is that they impact opioid receptors in the body and reduce the perception of pain. These drugs also stimulate the pleasure centers of the brain and can create profound feelings of euphoria. This can be problematic for users who are prone to addiction.

Once a person has developed an addiction to opiates it can be difficult for them to cease their use. Long-term abuse of such drugs can result in the brain’s inability to regulate the production of certain chemicals and it becomes dependent on external sources of opiates. In extreme cases, failure to supply the body with a continuous, ever-increasing supply of opiates can cause severe withdrawal symptoms. These symptoms can include anxiety, nausea, vomiting and body aches. Opiate withdrawal of this magnitude often requires medical intervention for safe relief of withdrawal symptoms.

People who have become addicted to prescription painkillers often ingest greater quantities of the drugs to achieve feelings of euphoria. When legal, legitimate means of obtaining opiate drugs have been eliminated, opiate abusers tend to resort to criminal activity to support their addiction. Prescription fraud, robbery, and theft are among the most common criminal offenses that opiate addicts tend to engage in.

Criminal activity is not the only destructive behavior some opiate addicts demonstrate. Changes in brain chemistry resulting from drug abuse can result in the addict becoming confrontational, easily agitated or withdrawn. This often leads to the deterioration of close relationships, loss of employment or self-destructive behavior such as suicide.

Many opiate addicts who are faced with limited availability of prescription narcotics and increasing prices on the black market often resort to using street-level drugs such as heroin. Heroin is an opiate-based drug that acts on the same receptors in the body as many prescription painkillers. Unlike medically prescribed opiates, heroin is unregulated, varies in potency and can contain lethal doses of opiates or other harmful chemicals.

Many opiate addicts are faced with the ever-present risk of incarceration, overdose or victimization as a result of their efforts to obtain black market drugs. For many, the only way out is death or court-ordered drug treatment.

The safest, most reliable way for the opiate addict to overcome symptoms of withdrawal and get on the path to sobriety is through medical intervention and a commitment to supervised rehabilitation. Once the recognition and acceptance of opiate addiction have been made, structured support can sustain the addict through long-term recovery.

Rehabilitation from drug abuse needs to be a priority in the addict’s life. A rehabilitation center with qualified medical staff, counselors, and specialists can provide the support and treatment that is unique to the needs of opiate addicts. Most opiate addicts fail to quit abusing drugs on their own. Opiate addiction is powerful and often requires a team of dedicated professionals to adequately evaluate, treat and rehabilitate those who suffer from opiate addiction.

The devastation that opiate addiction brings to the addict’s life can be alleviated upon the recognition of dependence and the commitment to seek rehabilitation. While drug addiction is a lifelong battle, the deterioration of body, mind, and quality of life can be ceased with timely rehabilitation at a quality drug rehabilitation center.