Dealing with the Aftermath of Addiction: Empowering Other People in Recovery

Empowering Other People in Recovery

Though it might not seem like it, as someone in recovery, you’re in a position to be a role model. You’ve overcome a lot of obstacles, and you’re living proof that a person can face some real challenges and come through the other side. The continued success of rehab hinges in large part on a steady stream of success stories like yours.

Here at The River Source, we’re so proud of our alumni as they continue to model themselves every day as an example of healthy, sober living. Here are some ways that you can use your life to empower others in the rehab and recovery process.

People are often very good at seeing right through inauthentic words and gestures. If they sense dishonesty, they’re more likely to reject whatever it is you’re trying to get through to them. Think about it — would you feel encouraged to make a decision as big as going through rehab if the message was coming from someone who sounds like a used car salesman?

As someone who’s gone through the process, you have a perspective unlike any other. You know the challenges, yes, but you also know how worth it the rehab and recovery journey ultimately is. So, when you speak truth — about the frustrations, but also about the joy — people sense that you’re genuine, and are more likely to place value in what you’re saying.

Your actions speak just as loud, if not louder than your words. It’s one thing for someone in rehab (or who’s considering it) to hear you say that you’ve been sober for some length of time. But numbers and dates only go so far.

Hearing “I’ve been sober for two years” can definitely make an impact on someone, but it’s not always going to be the same as seeing the ways that your sobriety actually plays out in real life. The way you reach for a soda instead of a beer at a gathering, or the way you head to the gym instead of the bar after work, are visible choices you make, and that people see. Your example makes your words more concrete.

As for the benefits of sobriety, they’re often best seen. Whether it’s improved health, stronger relationships, or something else altogether, actually observing the ways in which your life has changed for the better can be really impactful on someone who’s near the beginning of their rehab journey. 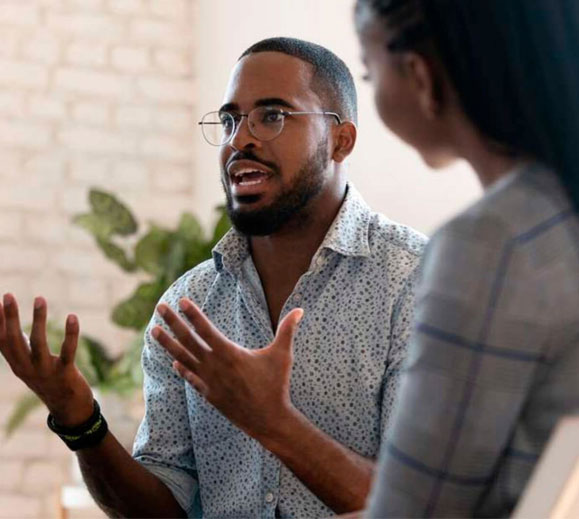 Perhaps it isn’t your example that someone might need. Sobriety journeys vary greatly, and this could be an opportunity to introduce someone near the beginning of their rehab journey to people who might have experiences they’d better relate to.

Maybe they share things in common such as being a parent, or coming from a particularly stressful work environment, and would connect well based on those things. Or maybe there’s someone they look up to — say, a loved one, or perhaps a famous person — whose story they’d be particularly inspired by.

Success in sobriety is often linked to shared experiences, and that’s a key part of what drives the support that’s available to people in all stages of the rehab and recovery processes. 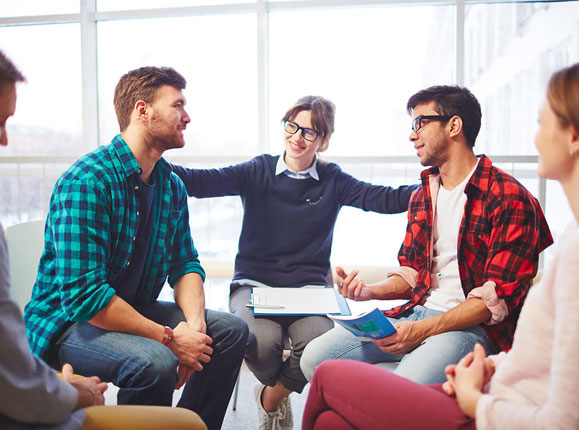 Empowering Others at The River Source

One of our proudest features at The River Source is our alumni program. Upon leaving our Arizona facility, you’ll be a member of a group of people who have worked through struggles in the same environment and gone on to live happy, healthy, sober lives. New clients can look at our alums and see a model that works.

The first step, however, is choosing to attend rehab and being ready to put in the work. If you or a loved one are struggling, don’t wait any longer. Contact us at The River Source to find out what we can do to help you get on a path to recovery.