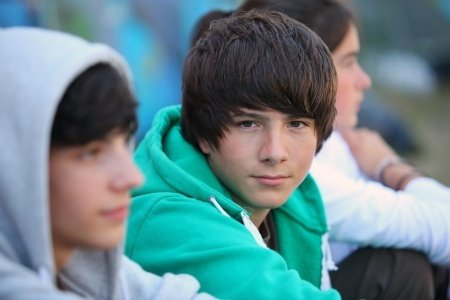 Is it Drugs or Something Else? Here are 7 Signs to Watch For

Signs That Your Child is Already Abusing Drugs

Understanding teenagers aren’t easy. They are naturally moody and emotional. It’s to be expected that they will have falling outs with friends or feel disconnected from their peers. It’s not uncommon for teens to drop out of a sport or activity because they feel they aren’t cutting it anymore. Teens also struggle to balance their schedules that include school, homework, friends, family, extracurricular activities and possibly a part-time job.

Adolescents are in transition from child to adult. They are learning about who they are and who they want to be. They are recognizing their strengths but also their weaknesses. This is a tough transition, but parents can often sense when “normal” crosses into “abnormal.” Since the use of drugs and alcohol are concerned for many, how can you distinguish between normal teenage behavior and something more serious?

After working with young drug abusers, we at The River Source tell parents to watch for these seven signs. Most importantly, trust your gut instinct.

It’s normal for your teen to interact with various social circles. Girls, especially, tend to bounce around from one friend to the next. One week a best friend might be Tina; another week it’s Kelly. What we consider to be more concerning behavior is a new, tighter circle of friends that you don’t know much about. Maybe your teen refuses to bring the friends home or changes the subject when you ask about them.

Any type of negative drop in academic performance is a cause for concern. It could indicate that your teen is giving up, which goes along with depression. It could also indicate that your teen is distracted or unmotivated from using drugs or alcohol. Maybe they are more focused on the next party or how to get money for their habit. It’s understandable that one subject may be frustrating your student, but an overall drop in performance has an underlying component.

The use of these items is a red flag that your teen is trying to cover up a smell, usually from cigarettes, alcohol or marijuana smoke. Take note if your teen is always chomping on gum or mints when they arrive home, or if they are doused in lotion, cologne or perfume. Look for air fresheners in backpacks, closets, and cars as well. The best way to check out your teen when they arrive home is to greet them with a big hug!

Teens need to support their habit just like anyone else. But unlike adults who may be bringing in a steady income, teens make little or no money of their own. This means that if they want money, they have to take it. Keep tabs on your money and other important items like jewelry or electronics. Make sure your teen isn’t conveniently losing their own stuff as well. If you notice items from the home randomly getting lost, investigate further.

Adolescents want their privacy, but there’s a difference between being independent and being secretive. It’s understandable that your teenage daughter may not want to share the details of her latest relationship, but secret, suspicious behavior, and coded language is a separate behavior. This indicates that your teen doesn’t want you to know what they’re up to. And with texting and instant messaging, it’s easier than ever for teens to have quiet, private conversations with abbreviated texts. Here’s a good resource for parents wanting to know more about the common drug terms that teens use.

If your teenage son wants to quit football because he’s under too much stress, it’s understandable. Teens often have to make these decisions as they take on more responsibility. But if your teen is withdrawing from all sports or activities, changing social circles and making excuses for not being at the latest family function, the reasons behind the changes are worth investigating. Drugs take over and replace everything that a person once enjoyed.

You ask your teen where he was, and he blows up in your face. You question why your daughter can’t make it to her sister’s recital and she disappears for hours. Don’t fall for the whole independence or trust thing your teen may lecture you on. You have a right to know where your teen is; they are underage and your legal responsibility. If they can’t tell you where they were or are going to be, it’s probably because they don’t want you to know. Early on, teens will often go through great lengths to cover up their behavior, but over time, they get lazier.

We hope that this information has given you a clearer picture as to what to look for in your teen. If you have any questions or concerns, please check out our Youth Program specifically designed for adolescent males.