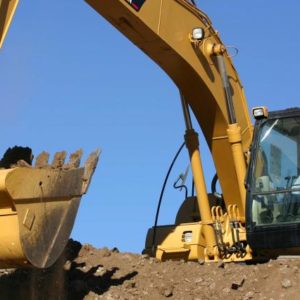 Which Jobs Have The Highest Rates of Drug & Alcohol Use?

Substance abuse costs the U.S. economy billions of dollars in lost productivity, workplace accidents, and injuries each year. Thanks to government research that was conducted in 2014, we are now aware of the industries that are most at-risk for employee drug and alcohol abuse. Let’s take a closer look at what these industries are.

In terms of drug use, restaurant and hotel workers are the heaviest users by far. Nineteen percent used an illicit drug in the past month. Next up is arts and entertainment workers, with 14 percent and 12 percent for managers.

Educational professionals are not likely to be drug users, with just 5 percent using illicit drugs in the past month. The least likely group to use illicit drugs is public administrators, such as government employees.

According to the federal study, miners are the highest drinking group. It’s not surprising considering how dangerous and physically demanding mining is. Miners spend many hours a day deep under a rock, isolated from the rest of the world. Eighteen percent consider themselves heavy drinkers.

The next at-risk group for heavy drinking is construction workers, who also have a physically demanding and risky job. Hotel and restaurant workers follow at 12 percent. Alcohol use is lowest among the same groups as illicit drug use: public administration, educational services, and social services.

Is it the Job or the Employee?

When looking at the numbers, it’s important to realize that it’s generally not the nature of the job that makes people more or less likely to drink or use drugs. Rather, it’s the type of people who work in these industries.

For example, men and young people are more likely to use drugs and alcohol than women and older people. Therefore, jobs that are heavily dominated by younger men tend to have higher rates of drinking and illicit drug use. We see this with miners, as most are young males.

Is it possible that some of the alcohol use comes from the nature of the work? It is. However, researchers did not find a difference in drug use rates across industries when controlling for age and gender.

What is clear from the study is that restaurant and hotel workers are the heaviest drinkers and drug users, regardless of age or gender. The study did not break down specific drugs, however, so a person who smoked marijuana can’t be separated from a person who injected heroin.

The study did look at people who admitted to having a substance abuse problem that interfered with their ability to work, caused legal problems or led to issues in relationships. Hotel and restaurant workers showed the highest rate of past-year substance abuse problems, followed by construction and arts and entertainment.

To read more about the study and the professions researched, visit SAMHSA.gov.