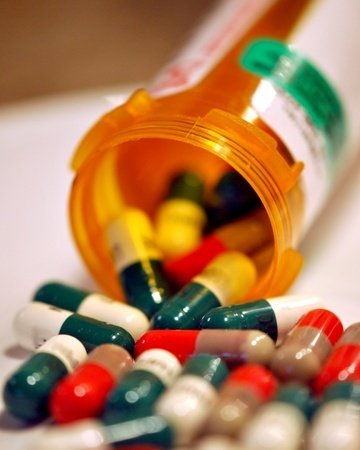 USA Today published an interesting article regarding a new federal study from the Centers of Disease Control. The study looks at narcotic painkillers and the lives they’ve claimed in recent years. Deaths from prescription pain pills have soared as the opioid drugs have become more popular and more potent, according to the CDC.

The findings report that four out of five people who took a narcotic painkiller in 2011 and 2012 took pills that were of equal or greater strength to morphine. These drugs include fentanyl, hydromorphone, methadone, and oxycodone, which have grown from 17 percent in 1999 to a startling 37 percent in 2012.

With these findings, it’s not a shock that the CDC would call prescription painkiller abuse an epidemic. In 2012 alone, over 16,000 people died from painkiller overdoses, which is triple the deaths in 1999 from the same drugs. Narcotic painkillers become especially toxic when they are combined with other drugs, both illicit and non-illicit, which they often are.

To combat this epidemic, a prescription drug return program was initiated to allow hospitals and pharmacies to accept excess drugs like narcotic painkillers. Also, the government placed new restrictions on medicines that are considered highly addictive and contain the ingredient hydrocodone. These restrictions limit patients to a 90-day supply per prescription.

Despite these efforts, the prescription drug problem persists. For as long as they exist on the market (and they will because they do have a benefit to those living in chronic pain), they will be attractive to drug users.

The appeal to prescription drugs is that they are “clean” and carry a polished image (a false one of course). Other drugs are less desirable because they leave track marks, require the use of paraphernalia or cause noticeable changes like bloody noses. But narcotic pain pills are quick and easy to take, and they intensify the effects of other drugs like alcohol or marijuana. And because they are legal and FDA approved, people feel that these drugs are perfectly safe to use recreationally (again, completely false).

Those who abuse prescription medications tend to differ from the traditional drug addict stigma as well. Many people who become addicted to pain pills were originally prescribed the drugs by their doctor, perhaps for a sports injury or surgery. They either become addicted to the drugs themselves or obtain them from family or friends who were prescribed them. This is what starts the long cycle of abuse.

Though opioid pills are FDA approved, they are still derived from the poppy plant, and their chemical structures are very similar to heroin, as they bind to the same group of receptors in the brain. Even opioids like fentanyl that are synthetic still cause the same binding of brain receptors.

So where exactly are we going with this? Consider that a 60-milligram opioid pill costs around $60. Heroin costs about one-tenth of the price. As the addiction to painkillers increases, the addict will have no choice but to keep feeding their habit, and they won’t hesitate to turn to the much more affordable and available heroin. This is why today’s portrait of a heroin user is very different than in years past.

A study from JAMA described a typical heroin user as someone who lives in the affluent suburbs and started their habit through prescription pain pills. For treatment centers, law enforcement, and hospitals, the prescription painkiller epidemic isn’t a standalone problem. It’s one that is dangerous enough on its own, and one that leads to heroin addiction.

Treatment centers, law enforcement, and the medical community are hopeful that the prescription drug problem will improve in time. With stricter regulations placed on the drugs as well as more education for older adults to discard of unused medications, the number of overdose deaths is starting to improve. Unfortunately, heroin use is on the rise.

But just as good doctors don’t solely focus on the symptoms of the disease – they look for the underlying reason for the symptoms – good treatment centers are working hard to deliver comprehensive addiction recovery services that truly help their patients fight back from addiction.

If you or someone you love is using prescription medications illicitly, don’t turn the other cheek. These problems don’t go away or get better on their own. Call The River Source today at 866-294-9331.