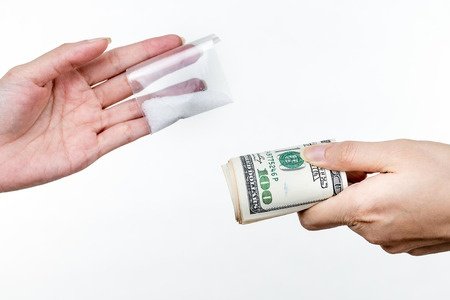 Designer drugs are nothing new, but within this category, different variations are popping up all the time. One of the latest drugs that parents should be aware of is flakka, a synthetic drug that has caused several hundred incidents in just two short years and has been said to be one of the most dangerous and deadly drugs seen in the bath salts category.

Why Do Designer Drugs Change So Much?

For illegal street chemists who make designer drugs, finding new chemical compositions and marketing them to teens is all part of the business. The main reason why the chemical compositions change so frequently is that many of the ingredients used in the drugs start off legal and then are put on a banned list. It takes time for law enforcement to figure out what these chemicals are and make them illegal.

Street chemists are one step ahead, however, changing the chemical makeup of the drugs using new ingredients. Unfortunately, we never know what is contained in them, so people are truly gambling with their life anytime they take a synthetic substance. What makes them particularly harmful for teens is that they are marketed as alternatives to marijuana, cocaine, and heroin and sold right under our noses. This gives them the image that they are safe.

Bath salts, for instance, are commonly sold in foil packets at some gas stations and convenience stores. Surely, you would notice if your teen was on the drug, but it’s difficult to know if they have it or have used it. Since the drug doesn’t have an odor or any paraphernalia aside from the small packet that it comes in, it’s difficult for parents to suspect.

What is Flakka? Should We Be Concerned?

Flakka is a new designer drug that can be snorted, smoked or swallowed. It’s also known as gravel on the streets. The substance looks like tiny white crystals that resemble gravel, so don’t assume that any type of white substance your teen may be caught with is automatically heroin or cocaine. It could be flakka. Teens use the drug because it’s a stimulant and gives them a surge in energy. It’s also cheap and easy to find. It can even be found online.

Flakka is a highly dangerous drug. Just a small amount could be fatal. Because it’s a stimulant, the first thing that happens is that the heart rate goes up. It starts racing, as a matter of fact. Many users end up feeling paranoid like someone is out to get them. The effects can turn more sour, leading people to be violent, confused or do things out of character. The drug can raise the body temperature to 106 degrees, which is the reason why so many flakka users have been found with little clothes on.

The stimulant drug is highly popular in Florida right now. In one county alone, there have been 16 deaths reported from flakka since September 2014. Last year, there were 190 reported flakka-related incidents, and in 2015, there have been 275 cases. The headlines never fail to be interesting, as flakka users have been found jumping onto cars, running through moving traffic and even trying to have sexual relations with objects.

One emergency room reported that flakka cases are seen every day in the ER. It takes several people to tame an overdosed person since they tend to be overcome with strength and power. Fortunately, mild overdose cases can be treated with fluids, oxygen, and sedatives, but severe cases can end in heart failure or kidney failure. Not to mention, the risky behaviors associated with the drug can easily lead to injury, paralysis or death.

Recognizing the Warning Signs of Flakka Use

Though flakka has a large foothold in Florida at this time, it is not exempt from other states. And, bath salts are sold largely throughout the US, so it’s important to be aware of what these drugs are and how to spot them. Bath salts are typically found in small, foil packets that are labeled with something like “plant food,” “jewelry cleaner” or “not for human consumption.” These labels have nothing to do with what’s actually in the packet. It’s just a way to get around the DEA or local police.

Also, be aware of the signs and symptoms of bath salt use including confusion, a reduced need for sleep or food, confusion, paranoia, delusions, increased temperature, increased blood pressure, chest pains and an increased heart rate. And as always, if you suspect that your teen may be using drugs, reach out to a treatment center that can help. The River Source has a new youth program that is designed specifically for male teens ages 13-17. To learn more about it, contact The RS at 866-294-9331.