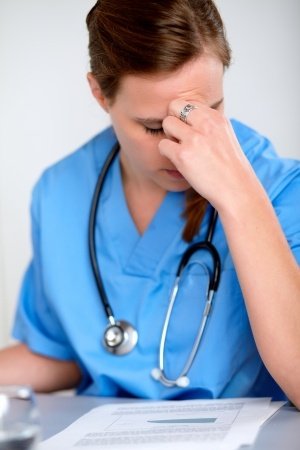 Prescription Drug Abuse is a Quiet Epidemic Among Nurses

From time to time, ABC’s 20/20 airs a new segment of the series True Confessions. The news segment takes a look at various industries (nail salons, movie theaters, debt collectors) and the secrets within them. But the ones that leave the biggest impressions are those that impact our health and safety such as lifeguards, auto mechanics, and yes, the healthcare industry.

A few things we learned from Friday’s episode about the healthcare industry is that July is the worst month to have surgery, there is such a thing as nurse bullying and drug addiction is a silent epidemic. The nurses being interviewed in the 20/20 episode agreed that drug addiction in the medical community is very real.

We don’t typically think of nurses as being drug addicts. They don’t fit the stereotypical image of a drug addict; they are educated, have strong careers and are often caring for a family at the same time. We also put them in a higher role because they are in the field of medicine, caring for patients on a daily basis and making a difference in the world.

If nurses could be addicts, anyone could.

There are a few reasons why prescription drug abuse is a silent epidemic among nurses.

Nurses are involved in medicine so they think they can handle it.

Nurses are comfortable with the medicine. Not only are they around it on a routine basis, but also they know what the drugs are used for, what side effects exist and how to administer them. In a way, nurses become immune to prescription medication and feel that they can control their use and abuse.

Nurses have easy access to all types of drugs.

One of the main reasons why heroin use has spiked is because drug abusers start with prescription painkillers. As it becomes more difficult and more expensive to get these pills, users turn to the readily available and cheaper heroin, which provides a similar effect. Now imagine nurses who have access to all types of medications, from muscle relaxers to antidepressants to pain medication. This can be too much freedom for some.

Nurses are often surprised to learn they have become dependent.

Since most nurses don’t start using drugs to start or continue an addiction, they are often just as surprised as anyone else to learn they have become dependent. But, they know they are in a respected position, so they keep their problems quiet. Trying to deal with a silent addiction when surrounded by drugs is never a good scenario.

The statistics are higher than we realize.

Because the problem is kept quiet, it’s difficult to say for certain how many nurses are using drugs on the job. Some estimates say between 8-20 percent of nurses use and abuse substances. According to the American Nurses Association, approximately 10 percent of nurses are dependent on drugs, which is consistent with the population as a whole. This means that if you step into a hospital, you can expect that 1 out of 10 nurses is struggling with addiction.

There is bullying on the job.

Nurse bullying is a real thing. We’d like to think that this type of behavior wouldn’t exist in the medical profession between adults, but it does. And, the job is stressful enough on its own. Nurses can work up to 12-14 hours without a break. When coupled with bullying, the job can become over-stressful, possibly raising the interest in using drugs.

There is no universal drug testing for nurses.

So many jobs require a drug test, it’s surprising to learn that there is no universal drug testing in this industry. Some of it is understandable; it would be extensive and difficult to test for both illegal and prescription drugs. At the same time, not having any type of protocol in place makes it easy (and tempting) for nurses to dabble in various drugs without being caught.

Though nurses are supposed to dispense of any extra medication in the presence of another nurse, it doesn’t always happen like this. The days get busy, nurses get tired and it’s possible for the extra medication to end up going home with a nurse.

Treatment is available for nurses.

Fortunately, there are ways that nurses can get help for their addiction without losing their license. The key is talking about it more so that nurses don’t feel ashamed of the problem, which was likely innocent, to begin with, and informing medical staff of where to go for help. Bringing the silent epidemic to the attention of the public also has its benefits. If a patient feels that something isn’t right, they can request a new nurse.

Addiction among the medical community is a reminder that addiction has no limits. No one is too educated, too experienced, too old or too successful to be exempt from addiction. As we learned in the news segment, nurses are often just as surprised as anyone else to learn that they are addicted.

Some start using drugs to cope with the long, stressful days. Others are prescribed painkillers for their own medical issues and end up not being able to stop. It’s easy to validate the user when a medicine is a standard part of your day. And it’s incredibly hard to stop without intervention.

The River Source treats adults ages 18 and over, and our integrative approach combines conventional medicine and holistic therapies for complete healing. If you or someone you know is secretly struggling with addiction, call us today at 888-687-7332. We have programs for everyone, nurses included, and everything is handled confidentially.