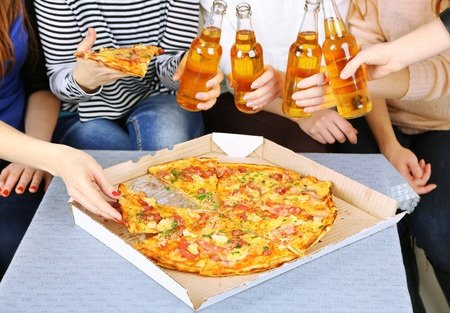 Should You Let Your Teen Drink at Home?

Some parents feel that not only is it acceptable for their teens to drink at home, but it’s a responsibility that more parents should take. By allowing teens to have an occasional glass of wine at dinner or enjoy a few beers at home with their friends, they learn how to drink in a safe, responsible manner and are less likely to binge. Other parents feel that allowing this behavior, enabling it in fact, sends the wrong message. Who’s right?

What the Research Says

Researchers believe that allowing teens to consume alcohol under adult supervision is the wrong approach. One study showed that teens who drank with supervision were more likely to develop alcohol problems compared to their peers who weren’t allowed to touch alcohol until the age of 21.

The study looked at teens in both Australia and the U.S. While Australian teens were more likely to

Unfortunately, this is one issue that isn’t cut and dry. Some parents think that it’s inevitable that their kids will experiment with alcohol, even if they don’t condone it in their own home. With social pressures and glamour from the media, it’s hard to think that young, impressionable kids will hold off drinking until they are 21 just because Mom and Dad say so.

In addition, some parents feel that it’s better to let their kids experiment in a safe, controlled environment rather than at a party where there are few limitations.

According to a 2013 National Survey on Drug Use and Health, 35% of 15-year-olds reported that they have had at least one drink in their life. About 14% have binge drank, and nearly 4% have engaged in heavy drinking. It’s apparent that underage drinking is happening whether parents like it or not.

The purpose of these studies is not to point out “bad parents.” It’s simply to raise awareness regarding an important issue that many parents aren’t sure where they stand.

Why Supervised Underage Drinking is a Problem

Underage drinking puts teens at extra risk for getting into car accidents, homicides, suicides and other types of accidents. Teens who drink are more at risk for unplanned pregnancies, unplanned sex, sexually transmitted diseases, and sexual assault. Alcohol is not safe for teens, and it shouldn’t have a more innocent image just because a parent provides it.

Research also tells us that the teenage brain is very different from the adult brain. We have to remember that teens are not adults. They haven’t finished developing, and alcohol can have negative effects on the brain such as problems with learning and memory.

Should Parents Drink Around Teens?

So what about your drinking? Do you need to give up the occasional glass of wine or mug of beer in front of your rebellious teen? No. You are an adult, and you are of age to drink. But, let this be a teachable moment.

While you don’t have to put down the alcohol, you should drink responsibly. Don’t drink a lot in front of your teen or take them to parties where there will be a lot of alcohol. This will confuse them and make them think that drinking is OK. Also, be aware of the alcohol you have in your home. While you shouldn’t have to lock down the liquor cabinet, you shouldn’t turn a blind eye either.

And, don’t forget that you are more than welcome to host parties at your home at any time. There are plenty of ways to encourage age-appropriate fun. Just be sure to keep the party alcohol free.