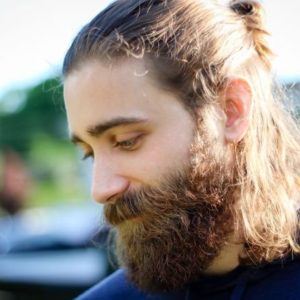 As uncomfortable as the withdrawal process can be from opiates, it’s rarely life-threatening. In the right environment and with access to medical care, heroin detox is actually a rather safe process. The real risk of heroin is an overdose.

Heroin is one of the most addictive, lethal drugs in the world. It comes in all different forms – white powder, black tar – and can be used in a variety of ways – snorting, smoking, shooting up. It doesn’t matter what type is used or how it’s used. Heroin is addictive, dangerous, and potentially deadly.

Overdosing on heroin requires immediate medical attention. Unfortunately, not everyone is aware of the signs of a potential overdose, and therefore, may delay in getting a person the help they need.

In this article, we will discuss the risk for heroin overdose, which makes the drug deadly and the symptoms of a potentially fatal overdose.

What is the Risk for Heroin Overdose?

Anytime a person uses heroin, they run the risk of overdosing. It doesn’t matter how long they’ve been using the drug or how high their tolerance level is. It doesn’t matter who they bought the heroin from, what it’s cut with or their “experience” level. So let’s get that out of the way: Every time heroin is used, death is a real possibility.

Heroin is a powerful opiate analgesic that numbs pain, suppresses breathing and slows the heart rate. In some cases, it can slow the body down so much that the heart stops beating or the lungs stop inflating and deflating. Though many people think that a cocktail of drugs need to be taken for these effects to occur, this isn’t the case at all. Heroin does this on its own.

How Many People Overdose on Heroin Each Year?

The U.S. government does not track and collect data for every drug, but it does for the more commonly used substances. Heroin is one of them. Based on this data, the rate of overdose deaths from opioids has seen a 2.8-fold increase from 2002 to 2015. In regards to heroin, there has been a 6.2-fold increase in the total number of deaths from the same years. By the numbers, this means that 13,000 people died from heroin in 2015.

Let’s look at a few more sobering statistics regarding heroin abuse and overdose deaths, according to the CDC.

How Does Heroin Kill?

The thing about heroin is that it has many ways to be fatal – not just one. Let’s take a look at a few of the reasons why heroin can be deadly.

When heroin is smoked, snorted or injected, it reaches the bloodstream very quickly. It binds to opioid receptors, providing immediate pain relief and a feeling of euphoria.

As the heroin reaches the central nervous system, it slows down the body’s processes for several hours. Users often feel drowsy, nodding on and off. Breathing can slow to a point of stopping and can lead to coma or death. The heart and blood circulation can also slow. Combining heroin with other depressants can amplify these effects.

If a user doesn’t die from an acute overdose, they run the risk of long-term consequences that can be fatal. These include:

Needle-sharing is also an issue of concern for heroin addicts. Using dirty needles puts users at a greater risk for infectious diseases such as hepatitis B, hepatitis C, and HIV/AIDS. Viral hepatitis is spread through contact with infected blood or bodily fluids. Hepatitis B and C affect the liver and can be deadly if not treated.

HIV/AIDS is transmitted in a similar way as hepatitis. HIV damages the immune system and makes it difficult for the body to protect itself from the disease. Not only can the drug use further complicate the symptoms of HIV, but also the condition can progress into full-blown AIDS.

The regular use of heroin can lead to tolerance, which is the need to use more of the drug to achieve the same high. The body becomes dependent on heroin, which means the user may take the drug more often and in larger quantities. This, in itself, can lead to symptoms of a heroin overdose.

Newly recovering addicts are a highly vulnerable group of people. If a person stops using heroin and then relapses, they may take the same amount of the opiate as they were used to taking. The body cannot handle the same dose, resulting in an unintentional overdose.

Like other drugs, heroin can be cut with other substances. Dealers do this to sell more of the drug at a lesser expense to themselves. However, dealers don’t care what they mix the heroin with. To them, it’s a business and they care about making money.

Some of the most common cutting agents include baking soda, sugar, powdered milk, starch, and talcum powder. But it’s also been found that some batches of heroin are cut with laundry detergent, rat poison or other over-the-counter painkillers.

According to John Hopkins University, heroin can be anywhere between 3 and 99 percent pure. You just never know what you’re getting. Heroin laced with fentanyl has also been emerging, further exacerbating the overdose problem.

If you know someone abusing heroin, it’s important that you are aware of the signs and symptoms of a potential overdose. Getting the person medical attention can save their lives. Many people assume that they would know what an overdose looks like, but the reality is that it’s not always easy to tell. A person may excuse themselves to lie down or catch a nap, only to never wake again. If you ever having a hard time determining what’s going on, treat the symptoms as an overdose.

Here are some signs of heroines overdose.

If the person is getting too high, they can suffer from an overdose. Get the person up, walk them around and get them fresh air. If they don’t improve, call 911 immediately. Here are some signs to help you recognize opiate overdose.

If you notice that the person is sleeping and making strange noises, wake them up. Some family members have thought that their loved one was snoring when in reality, they were overdosing. It’s always better to be safe than sorry, so wake the person up and assess the situation.

Typically, a person doesn’t die immediately from a heroin overdose. It takes time for the body’s processes to slow and stop – anywhere from a few minutes to a few hours – which means you have time to intervene and save a life.

What to Do if You Suspect an Overdose

When responding to an overdose, act right away. Never take the “wait and see” approach when dealing with a potential overdose. Here are the steps to follow if you notice symptoms of a heroin overdose.

When making the 911 call, avoid using words like “overdose” or “drugs.” Instead, tell the dispatcher that the person is not breathing, unresponsive, turning blue, etc. Stick to the facts and what you see. This makes the call a priority. When the paramedics arrive, you can then share the knowledge that you have, such as that the person might be overdosing.

Taking the Next Step: Getting Treatment for a Heroin Problem

A person can overdose again if they continue to use heroin. Therefore, the person should think about starting a recovering program to save their life. Otherwise, they can end up in the same position again, and this time, they might not be as lucky. Heroin is deadly, and if it doesn’t lead to acute effects, it can shut down organs and lead to infectious diseases in the longer term.

Today’s recovery programs are more effective than ever. Rather than simply treating the heroin abuse, they take into account the various reasons for the addiction. Is the person struggling with depression or PTSD? Were they abused as a child and now using drugs to escape?

Treatment also teaches recovering addicts how to exist in society without using drugs. Recovery is an ongoing process, but it can start at any time. Being faced with a life-or-death situation can be an eye-opener for many addicts and their families.

If the person chooses not to accept professional treatment, talk to an addiction specialist about how to handle the situation. Being on the watch for overdoses and administering naloxone is not a permanent solution. You may benefit from staging an intervention or cutting off your loved one financially.

Knowing the signs of a heroin overdose is important for everyone, especially those who know a person or people using the drug. An overdose can happen to anyone, whether it’s their first time or their 100th time. By being aware of the warning signs, acting immediately and reaching out for help, you can save a life.

The River Source offers residential addiction treatment in a safe, sober and supportive environment. Call us today to learn more about our successful approach to working with heroin addicts.