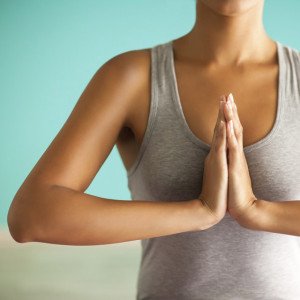 (vis medicatrix naturae) The human body possesses the inherent ability to restore health. The physician’s role is to facilitate this process with the aid of natural, non-toxic therapies.

(tolle causam) Physicians seek and treat the underlying cause of a disease, not just the effect. Symptoms are viewed as expressions of the body’s natural attempt to heal. The origin of the disease is removed or treated so the patient can recover.

(docere) The physician’s major role is to educate, empower, and motivate patients to take responsibility for their own health. Creating a healthy cooperative relationship with the patient has strong therapeutic value.

The legal aspects of practicing naturopathic medicine vary from state to state in the U.S. and from province to province in Canada. In those states in which naturopathic physicians may be licensed as primary health care providers, N.D.’s (or N.M.D. in Arizona) may see patients for general health care and for the diagnosis and treatment of acute and chronic conditions. Their scope of practice may include, but is not limited to, nutritional science; botanical medicine; naturopathic manipulation; physical medicine; acupuncture; homeopathy; mind-body medicine; natural childbirth; minor surgery; prescription rights for most legend drugs (requiring a prescription) listed in the Physician’s Desk Reference; and all methods of laboratory, x-ray and clinical diagnosis. The State of Arizona offers the widest scope of practice for naturopathic physicians in the U.S.

the definition of a vitamin, and many minerals is “an essential co-enzyme”. Vitamins and minerals push biochemical reactions forward. As an example, Vitamin C is an essential coenzyme in the formation of all the neurotransmitters. To do amino acid therapy without a vitamin complex is akin to trying to cut a board with a circular saw that is not plugged into an electrical outlet.

these omega fatty acids are derived from fish oil. If one has a sensitivity to fish oil the kit can be made up with flax seed oil the only herbal source of mixed omega oils. Omega 3’s and Omega 6 fatty acids have many roles in the human body/mind. There are known to have greater efficacy in treating depression than anti-depressants in general. The reason is clear—these fatty acids embed in every cellular membrane in the human body/mind. This gives the membrane integrity and stability. The idea is to return each cell, whether a skin cell or a nerve cell, back to some sense of normal functioning. If we can regenerate normal cellular membrane function the patient will return to some sense of normal functioning.

almost all patients that need the Tyrosine with Mucuna formula are adrenal fatigued…this cap supports adrenal function until the systems are normalized. Not in phase two formulas.