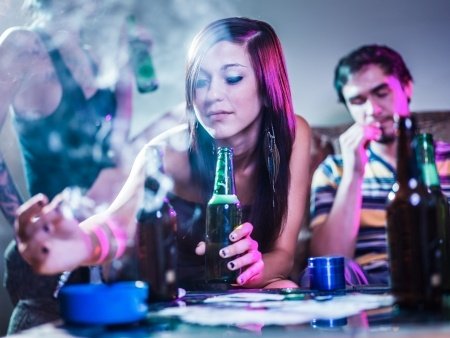 It’s a heated debate that will always have strong opinions from both sides: Is it okay to smoke marijuana? Should marijuana be legalized? Even for those who are undecided agree that there are valid points to each side. Or maybe it’s just the fact that people are being forced to see some good in making marijuana legal because it is in four states: Alaska, Oregon, Washington, and Colorado.

All four states have passed similar laws allowing a certain number of ounces of marijuana to be kept at home or in public. In other states, medical marijuana is legal. So whether people like it or not, marijuana is slowly making its way into the public. With this comes increasing tolerance and acceptance for the drug.

Advocates of marijuana – recreational or medical – feel confident that marijuana is safe. They cite the assumed benefits such as its ability to treat glaucoma, control epileptic seizures, slow the progression of Alzheimer’s and ease the pain of muscle spasms. Even some doctors say that marijuana has few risks and is no different than breathing in the air in a polluted city.

Though marijuana has plenty of documented adverse side effects (exposure to cancer-causing agents, inflammation in the respiratory tract, infertility and memory problems), it can feel like the case for not using marijuana is losing merit. But, all things aside, there is one simple factor that has been overlooked and downplayed and shouldn’t be. Marijuana is a drug that can propel a user into the dark world of addiction, and this makes it highly dangerous in itself.

A new study published in February 2015 in the International Journal of Drug Policy confirmed what many non-supporters of marijuana suspect: the drug is one that leads to further drug use down the line. The researchers examined the progression from cannabis to other illicit drugs and found that 44.7 percent moved onto harder substances.

The study also pointed out some key factors that could be used to predict which users would progress in their drug use and which wouldn’t. Some of the biggest predictors included underlying mental disorders, sociodemographic characteristics and the severity and frequency of the marijuana use.

Marijuana is a Stepping Stone to Other Drugs

This study calls attention to what law enforcement, medical centers, and treatment facilities fear: accepting marijuana will lead to higher rates of other drug use. It’s not that marijuana is different than other substances like alcohol or nicotine. All of them prime the brain for a heightened response to drugs. And, like marijuana, alcohol and nicotine are also commonly used before the habit progresses into something more harmful.

What’s always been an alternative theory to the gateway-drug hypothesis is that biological factors are to blame, and a person who is predisposed to use drugs will start with the readily available substances like alcohol, nicotine or marijuana. Surrounding themselves with this circle of people then makes it more likely that the user will be offered harder drugs, but it’s not the marijuana itself that is harmful.

The above study does take into account these other factors and confirms that they play a significant role in which individuals progress to harder drugs and which ones don’t. Yet even with these factors accounted for, we are still looking at nearly half of all marijuana users as eventually moving on to other drugs.

Some of the reasons why people progress are:

Not everyone who smokes marijuana will progress to harder drugs. Some never will. Some will quit and never use again. But many will move on to more harmful substances like cocaine, heroin or ecstasy. The above study is not the first study of this kind, either. One study found that youth, ages 12-17, who used cannabis were 85 times more likely to use cocaine than kids who did not smoke cannabis.

There’s always going to be that one person who ate fast food all their lives and never had high blood pressure, or that one person who smoked a pack of cigarettes a day and never ended up with lung cancer. There will also be that person who smoked marijuana long-term and never moved onto harder drugs. But this isn’t the norm. There is an overwhelming number of teens and young adults who do move on, and no parent wants to see their young child, full of life, fighting an addiction.

Smoking marijuana is not without consequences, and some are more harmful than the physical effects themselves. If you’re not convinced that marijuana is any more harmful than dirty air or an occasional cigarette, at least keep an open mind to the facts. Statistically, people who use marijuana are more likely to use other drugs. A more skeptical attitude could very well change the way your own children view drugs one day.