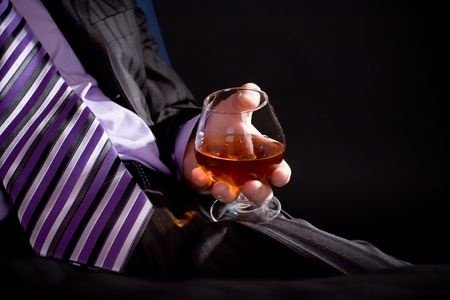 The Five Types of Alcoholics

Though we usually use the term “alcoholic” to describe someone who has a serious drinking problem, there are different types of alcoholics. Five distinct groups, in fact. Researchers at the National Institute on Alcohol Abuse and Alcoholism (NIAAA) conducted a study of over 43,000 individuals and screened them for alcohol abuse as well as other factors. Through this research, scientists found that there are distinct patterns of alcohol dependence.

This is the most prevalent type, accounting for 32% of American alcoholics. This group consists of young adults who are around 24 years of age and have been drinking heavily since the age of 20. They tend to be male, not married and either in school or with a job. They rarely seek help for their problem, and they are the most likely group to binge drink.

Interestingly, the young adult subtype drinks less frequently than other subtypes, but the fact that their drinking is usually in a binge format makes it hazardous to their health. On the days they drink, this young group will have an average of 14 drinks!

One can assume that these individuals are your typical college and recent college graduates who binge drink at parties, bars, and nightclubs. Some stop the behavior when they settle down and get married or have a family, while others progress.

This group accounts for 21% of alcoholics. The average age is 26 years old, and more than half have an antisocial personality disorder. They tend to start drinking at 15 to 18 years old and are more likely to smoke pot or tobacco. The majority of alcoholics in this group are male and few have received college degrees. Less than half are employed full time. People in this group also tend to come from families with low incomes compared to other subtypes.

Because alcoholics in this group also have a personality disorder, they are more likely to be deceitful, impulsive and have a criminal record. In order for the alcoholism to be treated, the underlying condition must be treated as well, which is why it’s not uncommon for young antisocials to be in self-help groups, detox programs, and other specialized programs. People from this group do NOT overlap with people from the young adult subtype.

The functional subtype accounts for 19% of alcoholics. People in this group tend to be middle-age, working-class adults with stable relationships, more education and higher incomes than other alcoholics. They tend to drink every other day or so, consuming about five drinks or more on these days.

Forty percent of functional alcoholics are female and 60% are male. About half are married. Only a small number has sought help for their dependence, and those that do attend 12-step programs or counseling from a private health care professional. Though this group does tend to make more money, have more education and maintain positive relationships, about 24% have major depression as well as at least one alcoholic family member.

Intermediate familials make up 18 percent of alcoholics, and nearly half have a family member with an alcohol problem as well. Their average age is 38, and they have the highest rates of employment and a family income of over $50,000 a year. Many are male; some are married and some are divorced.

This group does tend to have higher rates of mental illness such as depression, bipolar disorder, anxiety disorder, and obsessive-compulsive disorder. They also tend to have higher rates of tobacco and cannabis use. About 27% have sought help for their dependency, and they prefer help in the form of self-help groups, detoxification programs, and specialty treatment programs.

This is the group that we often think of when the word “alcoholic” comes to mind. Interestingly, this is the rarest type of alcoholic, accounting for only 9%. This is a very dangerous subtype, however, because these alcoholics have an alcohol dependence that develops in their late 20s, along with the highest rates of drinking. These individuals consume alcohol almost every day (247 days, on average), and binge drink on half of them.

Like other groups, there are more males in this group than females. They also tend to have the highest divorce rates, the lowest employment rates and a history of alcoholism in the family. Many suffer from depression, bipolar disorder, antisocial personality disorder or another type of mental illness. Chronic severe alcoholics often use other illicit drugs, and 66% have sought help for their problem. They often work with psychologists, psychiatrist, private physicians, and social workers.

It’s very important to acknowledge the fact that there are several types of alcoholics, not just one. Why? Because people with drinking problems will often ignore that their issue is out of hand because they a) have a job, b) are in a relationship or c) are educated. Yet just because someone doesn’t fit the stereotypical profile of an alcoholic doesn’t mean there isn’t a problem.

Alcoholism can happen to anyone, even those who are educated, have a family or maintain a stable career. Some alcoholics never do receive treatment, and there may be nothing you can do to convince a parent or other relative to seek treatment. But, you can change your own fate.

If you recognize that a family member has an underlying drinking problem, you can be more careful with your choices and educate your own children. And if you notice that your loved one’s drinking problem is escalating, try to get help for the underlying condition that may be at the root of it all. Sometimes, people are more receptive to this treatment than the idea of quitting drinking.