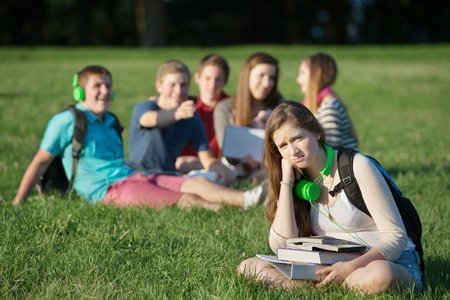 Top 10 Reasons Why Teens Experiment with Drugs and Alcohol

It’s been well documented that the teenage brain is different from the adult brain. You can think of it as a brain under construction; a work in progress. It’s not until the early 20s that the brain really emerges into that of an adult.

A teen brain is not less of a brain than an adult one, though. It’s easy to blame careless behavior on a teenager’s way of thinking, but really, the brain is the way it is for good reason. Teens are transitioning from dependence to independence, expanding their social life and testing out their limits. The teenage brain is capable of handling this transition without being too tied down by stress or fear or maturity.

Since the teenage brain is still developing, drugs and alcohol can negatively impact its growth and development. Ironically, these are the years that teens become curious about drugs and alcohol. What are they like? What do they feel like? Could they make them more popular and fun?

Let’s take a look at a typical teenage brain and why teens feel compelled to experiment with drugs and alcohol.

Peer pressure is a powerful force at any age, but even more so during the teenage years. Teens want to be liked and accepted, and this makes saying no very difficult. Sometimes, it can just feel easier to say yes than to go through the humiliation and teasing of saying no.

Some teens believe that experimenting with drugs and alcohol is part of the teenage experience. These teens tend to be ones who have older siblings or parents that are receptive to drugs and alcohol. When the opportunity arises, these teens aren’t afraid to say yes.

Teens who are around a family that uses drugs and alcohol are also more likely to use illegal substances themselves. Not only is the lifestyle comfortable and familiar, but also teens have easy access. It’s just a matter of when they are curious enough to try.

Teens want to feel grown up and in control, and drugs and alcohol boost this feeling. The coolness factor in being able to get the drug and then use it makes teens feel mature and powerful around their peers.

Adolescents are feeling out the world around them. They’re testing out their boundaries, just as a toddler would. Yet now they have more freedom to try new things, and this curiosity is a powerful motivator for experimentation.

Some teens have too much free time on their hands. Their parents are often working and they come home to empty homes with no supervision. Boredom coupled with curiosity is a common way for teens to get into trouble. Teens, like young children, need structure and well-defined limits.

Teens often don’t know how to have fun anymore because they are in this transition from child to adult. They’re too old to play games or kick around a ball, but they’re too young for other things. They believe the simple way to have fun is to use drugs and alcohol, especially when people start slurring their words, stumbling and acting silly.

Some adolescents like to live on the wild side. They enjoy testing their limits and engaging in reckless behavior. Some kids are naturally rebellious, while others react to overly strict rules.

Mental illness tends to have its onset during the teen years, and teens may not realize why they all of a sudden feel gloomy or tired or sad all the time. Using substances, especially prescription ones, can take the edge off and seem innocent enough.

The teenage years are tough, and teens want to feel cool and well-liked rather than awkward and self-conscious. Drinking alcohol or using drugs lightens their mood and makes them feel less conscious about their flaws.

Teens abuse drugs and alcohol for all kinds of reasons. Some are innocent and others are more calculated, but no teen plans to get addicted. The best thing you can do is talk to your teen regularly about the dangers of drugs and alcohol so that they are aware of what can happen. Talk to your teen in an honest, open-minded manner. If you feel that your teen is already using drugs or alcohol, don’t hesitate to seek help.