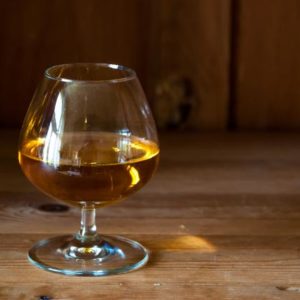 Most people have a typical image of what an alcoholic looks like someone who consumes alcohol regularly and has a life that is falling apart because of it. Not all problem drinkers fit into this narrow category, though. Some can be just fine when they abuse alcohol, and experts refer to these individuals as “functional alcoholics” or “high-functioning alcoholics.”

Just because some people can function on alcohol does not take away the risks associated with heavy drinking, nor does it erase the possibility that the drinking can progress to addiction one day. Since functional alcoholics are largely misunderstood, we feel it’s important to talk about this group of problem drinkers.

It’s possible that the “social drinkers” you have in your circle of family and friends are actually high-functioning alcoholics. And, if they are, what do you do? Do these people need treatment? Should they be encouraged to stop? What types of unique risks do they face? All of this is covered below.

You can still be an alcoholic even though you have a great life on the outside: a steady career, healthy bonds with friends and family, a nice home and vehicles, etc. It’s important to realize this because we tend to think that something is only a problem when it causes a problem. In other words, we tell ourselves that if John has a nice home, a loving family, and a good income, his drinking is under control.

But, high-functioning alcoholics are different types of alcoholics.

Functional alcoholics are often responsible, productive, and high achieving. They also tend to justify their drinking by saying that they have a lot of friends or an active social life. Most problem drinkers of this type are in denial because they don’t fit the stereotypical mold of an alcoholic. It’s easy to put themselves in a different caliber because they think they have everything under control.

The reality is that functioning alcoholics can’t continue to drink heavily and maintain all of their responsibilities in the long run. Their habit will eventually catch up to them. They may get a DUI coming home from the club one night, or they may embarrass themselves at a work function. They may forget important dates, experience a change in personality or not know how to relax or have fun without alcohol. The physical effects take their toll, too.

How to Spot the Top Signs of a Functional Alcoholic

If you know some heavy drinkers in your life, or if you are one yourself, you may be wondering if becoming an alcoholic is something to worry about. What does heavy drinking mean? What signs should you watch out for?

If you drink more than the daily or weekly limit, you are an at-risk drinker. WebMD.com reports that one in four people who drink this much already have a problem with alcohol or are likely to have one soon. Approximately 20% of alcoholics may be functional.

With that out of the way, is the number of daily or weekly drinks the only method for determining who is at risk and who is not? No. There are additional signs that are combined with heavy drinking that may indicate that someone is a functional alcoholic. Let’s take a look at what these are.

There are four stages of functional alcoholism that many problem drinkers follow. In the case of an alcoholic, the person becomes addicted to the substance and is not be able to function without it. With a functional drinker, the path is a little different. Interestingly, both functional alcoholics and regular alcoholics end up with the same problems.

Below are the four stages that many people follow when they begin abusing alcohol.

Not everyone drinks to get drunk. In fact, people without the disease of alcoholism typically don’t drink till intoxication. They enjoy feeling relaxed and confident, but they don’t like the feeling of being out of control.

Alcoholics, on the other hand, thrive off this feeling. They drink because it makes them feel good. Being intoxicated is normal. Over time, tolerance builds up. A few beers or shots were enough to make them feel good before, but now they need more. So they drink more.

Stage 2: Drinking as a Way to Cope

Drinking to unwind may sound reasonable, but functional alcoholics take things to a different level. They tend to obsess over that 5 o’clock drink after work. It becomes an obsession.

People who have this obsessive thinking eventually rely on alcohol to cope. They turn to alcohol as a way to relax after work or deal with feelings of stress or anxiety. Alcohol can take the place of other healthy coping mechanisms such as talk therapy, going for a run, or practicing yoga. Soon, people don’t know how to respond to stressful stimuli in any other way.

In this stage, things start getting noticeably worse. By now, the person is tolerating a lot of alcohol and using it as a way to cope. This means that drinking is becoming more obvious to others, and they may question whether or not there is a problem. This is why managing drinking becomes necessary.

The functional alcoholic doesn’t want to admit there’s a problem because they don’t want to stop. They need alcohol to feel good, have fun and deal with bad moods, so they pull in the reigns and isolate themselves. Friends and family made them feel uncomfortable, so it’s easier to drink at home alone.

It’s hard to be happy when you’re isolated and the effects of alcohol take hold. Alcohol is a depressant, and it can lead to chemical imbalances. The more depressed the person becomes, the more they drink. It’s also easy to get into legal trouble when a person develops an unhealthy relationship with alcohol. They may get a DUI or wake up in the morning not knowing how they got home.

In the last stage, there are obvious signs that drinking is taking its toll. The physical appearance is different. Many people pack on weight from the excess calories and have the telltale “beer belly.” This weight can put the body at risk for high blood pressure, high liver enzyme counts, stomach ulcers, heartburn, diabetes, and shaking hands.

Relationship problems are also common. It’s hard to have strong bonds with friends and family when you’re isolated and deny getting help. The person can lose their job if their performance dips low, or they may have to be on medication to manage diabetes or high blood pressure.

Alcoholism is a progressive disease. People don’t just find themselves an alcoholic one day. They move through these stages, some just do it slower than others.

Yes, functional alcoholics can benefit from some form of treatment. But getting them there is the challenge.

In most cases, people who realize that they have an unhealthy relationship with alcohol are not going to seek treatment because they are never “as bad” as the next person. Instead, they attempt to “control” the drinking. They may try things like drinking only on the weekends, avoiding hard liquor, stopping for a few months, etc. This is their way of “proving” to themselves and others that they haven’t lost control. However, if you have the need to control something, it’s probably out of your control.

High-functioning alcoholics tend to do better with a more streamlined and “gentler” approach compared to other addicts. If a functional alcoholic is ready to address their problem, they will probably benefit from a lower level of care. This is especially the case if the person doesn’t need a detox. Lower levels of care include outpatient treatment programs, counseling, and support groups.

The River Source is a treatment center that addresses alcoholism and drug addiction. We strongly feel that anyone with a drinking problem should be assessed by a licensed doctor and/or treatment center before making any decisions. Many functional alcoholics do remarkably well in support groups like AA, whereas others need more structure through an outpatient program.

The River Source has found that our Intensive Outpatient Program (IOP) can be extremely effective for high-functioning alcoholics. They thrive off the support and understanding they receive from others. They also learn new strategies for dealing with stress, anxiety, and other problems. Because many of these individuals have jobs, families, and other responsibilities, it’s important that they are present in their daily lives. IOP allows them this freedom and makes treatment more appealing.

Functional alcoholics may be in a different category than other addicts, but they still have a problem with alcohol. Alcohol is not a friend, not a way to cope. It’s a one-way ticket to problems on a social, emotional, psychological and physical level.

If you or someone you care about is a problem drinker, it’s never too early to seek help. You can talk to a counselor who is trained in addiction to learn about your options and the best route of care. The worst thing to do is wait until you see the classic signs of addiction. By this point, you won’t just have a drinking problem to tame but a full-blown addiction to face.

Stages of Alcoholism
April 5, 2017
How to Support Someone with an Alcohol Problem
March 4, 2018