Can You Get High Off Methadone? 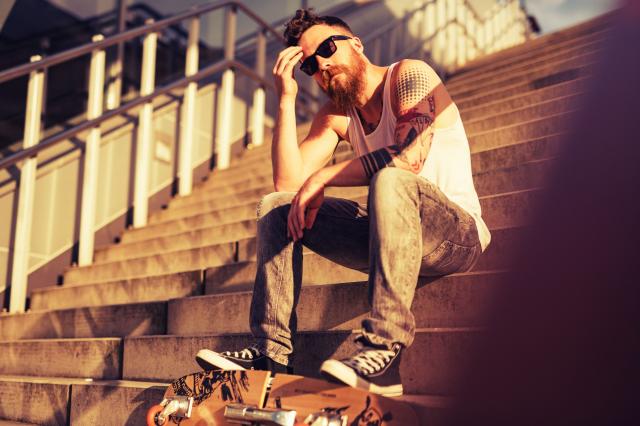 When people ask if methadone can make them high, the answer is “yes and no.” The short answer is that methadone can get you high if you take enough of the drug, but it’s not intended to do so. Therefore, as long as you take the medication as prescribed – or in a therapeutic dose – you will not get high off methadone.

However, methadone is a highly addictive drug that can lead to tolerance, dependency, and overdose. This is what makes the drug a tricky one to understand, and it’s another reason why more treatment centers are forgoing methadone maintenance programs altogether and replacing them with other therapies such as buprenorphine (Suboxone).

In this post, we are going to explore the reasons why people have prescribed methadone in the first place, and how the drug can work in the body to make you high. We will then talk about why getting high off methadone is a dangerous practice and one that can lead to overdose and death.

Why are People Prescribed Methadone? Why Isn’t this the Best Choice?

Methadone is an opioid medication that reduces withdrawal symptoms in people who are addicted to heroin or other opioid drugs. Unlike other narcotics, the methadone won’t produce a “high” that is associated with drug addiction. It’s also highly effective at suppressing opioid withdrawal symptoms, reducing cravings and restricting the euphoric effects of opioids. Also, when prescribed by a medical doctor and monitored closely, some experts say that methadone tolerance builds slowly and is considered to be medically safe.

However, this isn’t the entire picture. Methadone isn’t exactly “safe” even when taken at appropriate doses. The biggest issue is that methadone can be addictive, even at a therapeutic dose. Usually, methadone users need detox if they want to come off their maintenance program because they can’t stop cold turkey. There is also the concern that opioid addicts are simply trading one addiction for another when using methadone.

Since methadone users often suffer withdrawal from methadone, some continue to stay on a small dose of the opioid. This decision is not taken lightly by medical professionals, though. In 2014, new guidelines were established for licensed opioid treatment programs in an effort to improve patient safety and lower the risk of unintentional overdose deaths. These guidelines were revised in 2015.

How Does Methadone Make You High?

If you have been placed on a therapeutic dose of methadone, this dose will be small enough to eliminate opioid withdrawal symptoms and reduce cravings without getting you high. However, this doesn’t mean that you can’t get high off methadone. If you take enough of the drug, you will get high, and this puts you at risk for overdose and death.

Each person is unique, so it’s hard to say how much methadone is safe. Some people can achieve what they need to with 40mg while others may need 100mg or more. Generally speaking, the more tolerant a person is to opioids, the more methadone they will need to reduce withdrawal symptoms.

Another thing to factor in is that methadone has a long half-life. Half-life refers to the time that is needed for the drug to reach half of its original value. The effects of methadone come on slowly, unlike other narcotics – hydrocodone, heroin, morphine, oxycodone – that come on almost immediately.

Let’s take a look at some of the most common ways that people get high on methadone.

Getting high off methadone is much more likely if you mix it with benzodiazepines such as Ativan or Valium. These drugs are CNS depressants and they are sometimes used to treat anxiety or insomnia. The reason why methadone and benzos are a dangerous mix is that they produce a synergistic effect. Both are CNS depressants that can slow your breathing down significantly – to the point of stopping.

It’s not unusual for patients to be prescribed benzos for severe anxiety, however. Many recovering addicts are anxious in early recovery and need these medications to be able to sleep and function in their daily lives. If this is the case for you, now that taking benzodiazepines and methadone can be safe when the doses are controlled and you are under the supervision of a medical professional.

Alcohol is another type of depressant drug and can be fatal if mixed with methadone. Unfortunately, some people do drink when taking methadone because they want to increase their effects. Since alcohol and methadone are CNS depressants, they affect the same parts of the body and can cause them to shut down. Respiratory functioning is usually what slows down most.

Methadone and Other Opioids

Methadone can make you high if you take it with other opiates, but surprisingly, this usually isn’t the case. Methadone is intended to stop the euphoric effects of opiates, so the theory is that you shouldn’t be able to get high – or at least not very much – by combining methadone and other opioid drugs.

However, each person is different, and so some people are still able to get high off opioids when taking methadone. Even though this isn’t supposed to happen, it can. In fact, patients who tend to take lower doses of methadone have an easier time getting high on other opioids, whereas patients who take more methadone can’t.

Of course, it’s not recommended to combine opiates. This can lead to methadone high, overdose and death.

Methadone and Other Illicit Drugs

Finally, let’s talk about whether or not you can get high when you mix methadone and other illicit drugs, such as cocaine, marijuana or meth. Yes, you can get high because the effects from the other drugs can enhance the effects of the methadone. Cocaine, for instance, is a stimulant drug and methadone is a depressant. When the two drugs are taken together, they create a speedball effect.

It’s important to know what a methadone high feels/looks like, as it is possible to intervene and turn the situation around. Naloxone is typically prescribed to counteract the effects of a methadone high. However, the key is realizing when a person has too much of the drug in their body.

The most common effects of a methadone high include:

When is Methadone Considered Safe?

Methadone is being prescribed less and less because of the high rates of overdose deaths from the drug. However, many people are still on the drug today as part of a maintenance program. Because the drug is effective at eliminating withdrawal symptoms and helping people kick heroin, it will probably continue to be offered as a viable treatment option – at least in the near future. And as long as methadone is being prescribed, it will continue to pose a risk in our country.

For those who are taking methadone to treat opioid addiction, being monitored is key. This avoids a methadone overdose, and anyone showing signs of potential toxicity will be monitored for several days. Methadone is only administered by methadone clinics, and most require the patient to come to the clinic to get their dose rather than sending it home with them. This is intended to stop the abuse of methadone.

Are there Alternatives to Methadone?

Methadone has been used for decades to treat heroin addiction, but the recent opioid epidemic has put many medical professionals and addiction treatment specialists at odds with the drug. While it is effective at reducing withdrawal symptoms, it’s habit-forming and can end up replacing a heroin addiction. With the flaws in methadone maintenance, other medications have been explored.

Buprenorphine (Suboxone), for example, is emerging as a viable alternative to methadone. Buprenorphine was approved by the FDA in 2002 as a treatment for opioid addictions. It has all the same benefits of methadone but without the drawbacks. Buprenorphine reduces cravings and eliminates withdrawal symptoms, and can be safely used to help patients detox from heroin, oxycodone, and even methadone.

At this time, buprenorphine can be prescribed in a private office setting, whereas methadone can only be given from a licensed methadone clinic. This makes the drug more convenient as well, as more doctors can prescribe it, and patients don’t have to drive to a clinic each day to get their medication.

Methadone is highly effective in treating opioid addiction, but it does come with its risks. For some patients, these risks outweigh the benefits, and other treatments should be considered.

The biggest concern over methadone is its habit-forming nature. While the drug is not intended to make users high – in fact, it’s the opposite – people who have a tendency to abuse substances are more likely to abuse methadone. They may mix the drug with alcohol, benzos or other illicit drugs, or they may take more methadone than what’s prescribed. Anytime methadone is used inappropriately, users run the risk of overdose that can be fatal. Recognizing the signs of a potential overdose is key to stopping the effects.