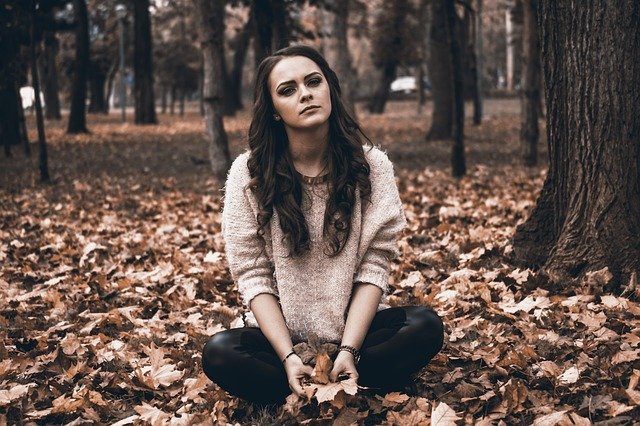 Cocaine is a dangerous stimulant drug that is available as a powder or a crack rock. People who use the powdered form of cocaine snort it or liquefy the powder before injecting it. In contrast, people who prefer crack cocaine heat a crack rock in a pipe and then smoke it. The method of cocaine consumption influences the effect of the cocaine high, but both forms of this powerful drug produce a sense of euphoria.

People who are addicted to cocaine come to rely on the euphoria that the drug produces. When someone ingests cocaine, their brain releases high levels of a feel-good chemical known as dopamine, which causes this feeling of ecstasy. This high causes approximately two million people to use cocaine each month in the United States. Many of these people will ultimately become addicted to this powerful stimulant.

Although cocaine produces some pleasurable sensations, it also causes harm to other parts of the body and mind. In fact, cocaine can be deadly in some cases, resulting in heart attacks and sometimes death. In addition to the damage that cocaine causes to the body, the drug also causes the user to “crash” when they stop taking it. This “crash” is known as cocaine withdrawal symptoms, which occur when someone who has regularly used cocaine reduces their drug use or quits taking the substance entirely. The withdrawal symptoms of cocaine can appear after even a small reduction in usage, so people can experience the unpleasant effects of withdrawal even if there is still cocaine in their system.

Since the symptoms of cocaine withdrawal can be so uncomfortable, many people find it difficult to stop taking the drug. However, people are more likely to successfully stop using cocaine if they understand the withdrawal symptoms and how doctors can help manage them.

The most common withdrawal symptom of cocaine is a strong craving for more of the drug. People who use cocaine develop dependency and tolerance to the substance. Dependency means that a person needs to continue using a drug, cocaine in this case, in order to prevent the onset of withdrawal symptoms. Tolerance refers to the fact that people who use cocaine gradually need a larger dose of the drug to achieve the same effect. Together, dependency and tolerance create a dangerous cycle of drug abuse and addiction.

There are several other signs of cocaine withdrawal in addition to cravings for cocaine. The most common symptoms of cocaine withdrawal tend to be psychological, ranging from anxiety to insomnia. Some people may also experience uncomfortable physical symptoms like muscle aches and nerve pain. However, these types of physical side effects are more common in people who are recovering from an addiction to substances like alcohol or heroin.

Here is an overview of the symptoms of cocaine withdrawal:

The overall length and severity of the symptoms of cocaine withdrawal vary depending on a number of factors, including the length and amount of cocaine use, type of cocaine used, environmental factors, co-occurring mental disorders, age, and overall health. As a result, someone who has used less cocaine for a shorter period of time should experience less severe symptoms than someone who has taken a large dose of the drug for an extended period of time. Additionally, younger people who are in good health tend to experience less intense symptoms.

Since the withdrawal symptoms of cocaine can be so intense and long-lasting, many people are tempted to start using the drug again. This is dangerous for several reasons. First of all, when someone stops or reduces their cocaine use, they may not realize that they have a lower tolerance than they had before and they are more likely to accidentally overdose. In some tragic cases, an overdose can lead to death. Also, when people return to cocaine use, they may find that the euphoria they once felt is replaced with unpleasant psychological symptoms like fear and suspicion.

Depression is another psychological symptom that people who are recovering from cocaine use need to be aware of. For some patients, depression will manifest as a low mood, but others may develop suicidal thoughts. Suicidal thoughts can be especially dangerous during the process of recovering from cocaine addiction because it is a period of acute stress. The combination of suicidal ideations and stress can prove deadly if a person decides to act on these thoughts.

Some of the most common tests include the following:

Once a physician determines that someone is experiencing cocaine withdrawal symptoms, they can help them get into a cocaine treatment program. Such a program can not only help a person manage their withdrawal symptoms, but it can also help them develop the skills and coping strategies necessary to stay sober in the long term.

The symptoms of cocaine withdrawal gradually disappear with time, but it can be very difficult to deal with these unpleasant and uncomfortable symptoms when they are present. For this reason, drug treatment professionals recommend that patients seek medical assistance when they plan to stop using cocaine.

Medical detoxification, or detox, is designed to help patients safely get cocaine out of their system. Detox can occur in a variety of settings, including a drug and alcohol treatment center, a hospital setting, or at home. It is possible to detox from cocaine at home on an outpatient basis, with the proper support system.

Detoxing at an inpatient drug and alcohol treatment center may be the best choice for people who are experiencing severe withdrawal symptoms or who have returned to cocaine use during past withdrawal attempts. In this setting, doctors, nurses, and other drug treatment professionals can provide 24/7 monitoring and medical support to ensure that the detox process is successful.

Once a patient and their doctor select the appropriate setting for detox, the detox process can begin. Rather than stopping cocaine use abruptly, doctors will slowly wean a patient off of the drug, gradually giving them a smaller dose. This technique can reduce the severity of withdrawal symptoms, making detox more bearable and comfortable. If unpleasant symptoms still appear, a doctor can prescribe medications like anti-anxiety drugs and anti-depressants to treat the symptoms. However, the doctor will carefully monitor the use of these medications to prevent dependency on these substances.

Once the patient has completed detox, they can move on to psychological counseling, the next stage in the process of treating cocaine addiction. Psychological counseling is designed to accomplish a number of goals. Counseling can help determine the root causes of a patient’s cocaine addiction. It can also help patients identify new, healthy coping skills and strategies to take the place of cocaine in their lives. With the right tools, someone who was once addicted to cocaine can deal with life’s stresses without help from drugs.

Much like detox, counseling can take place in a number of settings. It can occur on an inpatient or outpatient basis, and it can be done individually, with family members, or in a group setting with other individuals who are recovering from addiction. Each type of counseling has unique advantages and some patients may decide to participate in each form of counseling.

In addition to examining the causes of addiction and helping patients develop new coping skills, counseling can also help diagnose whether a patient has a co-occurring mental disorder. Many people who use cocaine have psychological disorders like attention deficit disorder, ADD, or depression. When these disorders are diagnosed and treated, patients have much lower rates of relapse.

Another tool that can help improve relapse rates is attending a support group. There are several groups available, including 12-step groups like Cocaine Anonymous and Narcotics Anonymous and other groups like SMART Recovery. Support groups can help people in recovery learn from one another while supporting each other’s progress. It can be very helpful for people in recovery to see that they aren’t alone in their journey to get clean and sober.

The prognosis for Recovering from Cocaine Addiction

Although it can be difficult to recover from any addiction and relapse can occur, recovery is possible. In fact, patients can achieve long-term sobriety with the right treatment and support.

In addition to undergoing detox, participating in psychological counseling, and attending support groups, here is another tip that can help people avoid returning to cocaine use.

Seeking treatment for cocaine addiction can help individuals improve their physical and psychological health as well as the quality of their lives. While the symptoms of cocaine withdrawal are primarily psychological, they can still be very unpleasant. However, with the proper treatment, they can be managed and will generally disappear within seven to 10 days. Approximately a week of discomfort is worth a lifetime of sobriety.

Dealing with the symptoms of cocaine withdrawal can be difficult to do alone. The River Source treatment center offers a holistic approach to treating cocaine withdrawal symptoms and addiction. Our drug treatment professionals provide behavioral and pharmacological therapies in a supportive and temptation-free environment to help our patients detox from cocaine. After detox, each patient begins psychological counseling to learn new coping strategies, before leaving The River Source with a long-term care plan to help them stay clean and sober for life.

If you or someone you love is suffering from an addiction to cocaine, The River Source can help. Contact us today to learn more about our approach to treating cocaine addiction and how we help patients overcome the uncomfortable symptoms of cocaine withdrawal.