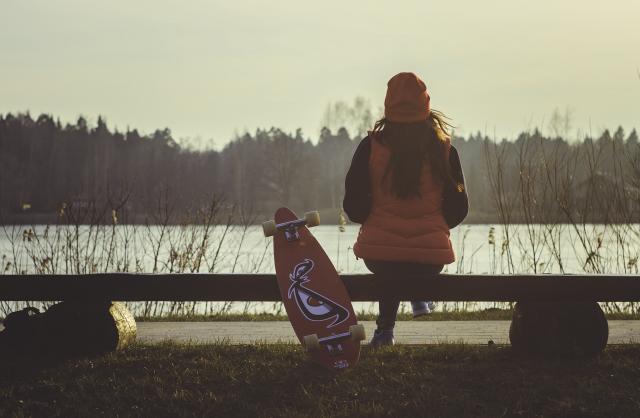 Are you addicted to cocaine? Do you know someone who is? Making the decision to quit is powerful, life-changing and potentially life-saving. Before you can start a treatment program, you must get clean. This requires going through the withdrawal process. It’s important to be informed on the cocaine withdrawal timeline so that you can prepare yourself for the changes that lie ahead. While it’s impossible to know for certain what your detox experience will be, aligning yourself with the right treatment center gives you the greatest chances for success.

How Long Until Cocaine Withdrawal Starts?

Cocaine is an effective stimulant. It also has a very short half-life. It takes just hours from the last dose to begin feeling withdrawal symptoms. The first symptoms you will feel include agitation, fatigue, increased appetite, and vivid dreams. In fact, if you’ve ever gone too long in between cocaine uses, you’ve probably felt some of these symptoms. When you used again, the symptoms went away.

By not continuing the use of cocaine, withdrawal symptoms will last for about a week or two. Other symptoms can linger indefinitely. Some recovering addicts report that they deal with cravings for cocaine all their lives. This is why it’s important to realize that addiction is not a disease that you are automatically healed. You must work actively at your recovery to limit temptation and avoid relapse.

Let’s break down the various cocaine withdrawal stages so that you know what to expect. It’s normal to feel overwhelmed when learning those withdrawal symptoms can last for months or years. Knowing what to expect and how to manage these symptoms will offer reassurance to continue your recovery.

How Long Does Cocaine Withdrawal Last?

The brain has to recover after using cocaine, even if it was just abused for a few months. Consider that the neurotransmitters in the brain – norepinephrine, dopamine, serotonin – are significantly depleted. This is why you’re left feeling depressed, tired, irritable and empty. While it may seem impossible to feel joy from normal, everyday pleasures, you will be able to one day. Don’t let these feelings deter you from your decision to stop cocaine.

What Impacts the Length of Cocaine Withdrawal Stages?

The amount of time that symptoms persist is different for everyone. It’s based on how long the cocaine was abused and how much you were taking with each dose. If you were a heavy cocaine user, it’s possible for withdrawal symptoms to last for two years or more. If you were not a heavy user, the symptoms may only last for six months.

Let’s look closer at the factors that may influence the stages of cocaine withdrawal.

PAWS (post acute withdrawal syndrome) is common for people who have abused cocaine for an extended period of time. Symptoms of PAWS usually surface around three to six months after stopping cocaine. Don’t be discouraged if these symptoms do arise. Addiction counselors and doctors are aware of PAWS and can help you work through your hard days.

Symptoms of PAWS vary among individuals, and they can present themselves as cognitive, physical or emotional problems. Some of the most common symptoms of PAWS include depression, anger, memory problems, sleep disorders, impaired concentration and emotional sensitivity or numbness. Remember, your brain is healing and needs time.

To reduce PAWS symptoms, here are some of the things you can do:

When is Medical Detox Necessary?

If you are addicted to cocaine, The River Source recommends seeking medical detox and a treatment program. While it’s possible to detox from cocaine on an outpatient basis, most cases of cocaine addiction are not cut and dry. Usually addicts have other co-occurring conditions that must be addressed as well as addictions to other substances. Addressing only the cocaine withdrawal stages in an outpatient program is not enough.

Detoxing from cocaine in a safe, supportive environment will also make the withdrawal process more manageable. Medications are available to treat insomnia, depression and anxiety. However, there are no FDA-approved medications to treat cocaine withdrawal. Some research in animals shows favorable results with buprenorphine and naltrexone, but they have yet to be accepted as appropriate treatments for cocaine addiction.

Another benefit to committing to a detox and treatment program is that you are taught how to cope with stressful environments. If you used cocaine as a means to escape from stress or anxiety, you must learn new ways to handle these emotions. A residential treatment program offers the safe, sober and supportive environment you need to heal and learn essential life skills.

If you have struggled with drug addiction in the past, or you have a history of depression or suicidal thoughts and behavior, DO NOT detox from cocaine on your own. Get help from a medically supervised detox center such as The River Source. We have beds available, so call us today.

How to Get Through Cocaine Withdrawal Cravings

Cravings are arguably the most difficult part of the cocaine withdrawal process. But cravings do not last forever. They come in waves, generally building up, reaching a peak and then calming down. Rather than giving into the craving, find healthy outlets for dealing with the waves. Keep your head up and know that they will pass. The way to do this is by keeping yourself busy and distracting your mind from the desire to use.

When in treatment, it’s easier to distract yourself because you are in a new environment with less temptation. When you return to your home, the desire to use cocaine becomes stronger because you are triggered by things of your past: places, people, music, smells, etc. Use the tools you learned in recovery to help you deal with the cravings. This may be meditation, yoga, journaling or exercise.

After completing treatment, also build a strong support network that you can rely on. If you feel like using, connect with your 12-step sponsor or another trusted friend. Also make sure that you continue treatment for co-occurring conditions, if you have them. Letting depression or anxiety go untreated will only make your cravings that much harder to control.

The River Source is a trusted treatment center for substance abuse. We have worked with many patients who have struggled with cocaine and have seen long-term success with their recoveries. Our holistic approach that gives attention to the mind, body and spirit provides the groundwork for our success. Call us today to learn more about seeking personalized treatment at The River Source.