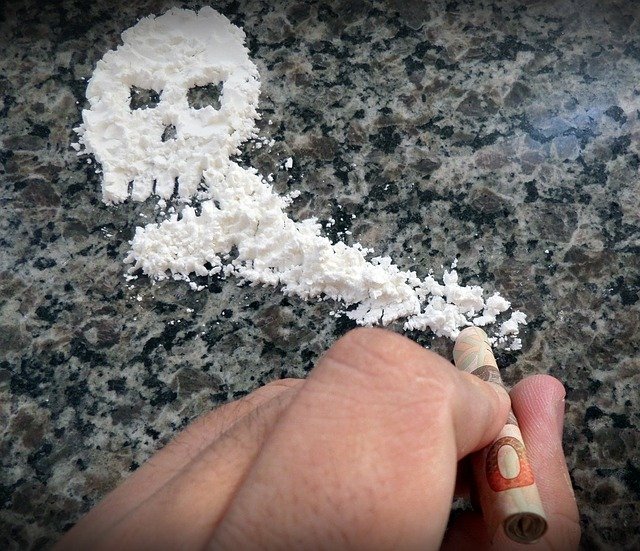 What are the Effects of Cocaine?

Cocaine is a powerful, addictive drug. It has negative effects on the heart, brain and emotions. It doesn’t take long to become dependent on the drug. Even occasional use runs the risk of overdose or sudden death. Though cocaine has been sensationalized in the media, it’s far from glamorous. Let’s read on for the short and long term side effects of cocaine and what can be done to stop the cycle of abuse.

Smoking, snorting or injecting cocaine leads to nearly immediate effects. The drug is absorbed rapidly in the body, quickly entering the bloodstream and traveling to the brain. Once inside the brain, cocaine interferes with the neurotransmitters that are used to communicate with each other. Cocaine blocks dopamine, serotonin, norepinephrine and others. Because these chemical messengers cannot be reabsorbed into the body, they build up and create a “high.”

Cocaine users usually describe being high on cocaine as euphoric. They have an increasing sense of energy and alertness as well as an elevated mood. Tasks that are often difficult to do become easier, though some users have the opposite effect. The faster the drug is absorbed, the more intense the high. However, the high also tends to last a shorter period of time. In fact, cocaine is a very quick drug, with a high that lasts anywhere from 5 to 30 minutes.

Of course, not all users experience a high each time they use cocaine. It is possible to have negative cocaine side effects such as paranoia, irritability, restlessness and anxiety. When users are addicted to cocaine, however, a few negative side effects aren’t enough to stop them from returning. Cocaine addicts still chase the high and will continue to use again.

What are the Effects of Cocaine?

One of the aspects that make cocaine so dangerous is that people use it in binges. This means that the cocaine is used repeatedly and at increasingly higher doses. Additionally, cocaine may be mixed with other drugs. For example, speedballing or powerballing is mixing cocaine with heroin or morphine. As one can imagine, this is highly dangerous and can lead to overdose and death. Chris Farley, River Phoenix and Philip Seymour Hoffman are Hollywood icons who have died from a deadly mix of opioids and and cocaine.

Let’s start by exploring the physiological side effects from cocaine. Though cocaine produces changes in the brain, it travels through the blood. Therefore, it affects the whole body. This is why cocaine is responsible for more U.S. emergency room visits than any other illegal drug, according to WebMD.com.

Cocaine is a drug that gets deep into the brain. As mentioned in our recent Cocaine Withdrawal Timeline article, cocaine withdrawal has the strongest psychological symptoms. Sadly, these symptoms can linger for years.

When using cocaine, the drug affects areas in the brain that are responsible for creating “rewards” from pleasurable behaviors. By stimulating this area in the brain with cocaine, it prompts the brain to want more.

If the user feeds the craving, their body becomes tolerant on the drug. This means that the user needs more and more of it to achieve the same high. This is what leads to dependence, and eventually, addiction.

There is no “safe” limit for using cocaine. Recreational users run the same risks as their more steady counterparts. At any given point in time, the body can become physically and psychologically dependent on the drug, especially if the person starts using cocaine to deal with stressful environments.

Using cocaine for an extended period of time leads to a host of mentally draining cocaine side effects. These include:

It’s important to realize that there are differences between the short and long term effects of cocaine. Some users think that once the cocaine is out of their body, the long term risks are gone. This is just an illusion. Any time cocaine is used, it puts stress on the organs and can lead to health problems in the long run. Even if the body does escape the long term physical effects of the drug, there are psychological effects to contend with. These effects can last a lifetime.

Cocaine’s effects occur almost immediately. Users feel euphoric, energetic and mentally alert. They are often more talkative, hypersensitive to light, sounds and touch and also don’t need to eat or sleep as much. Smoking cocaine has the fastest effects, but the high only lasts for about 5-10 minutes. Snorting cocaine has the slowest onset of symptoms, with the high lasting 15-30 minutes.

The short term side effects of cocaine are:

Severe medical complications can occur even with the short term use of cocaine. The most common are cardiovascular effects such as heart arrhythmias and heart attacks. Other common effects are neurological and include seizures, headaches, strokes and sometimes coma. Mixing drugs with heroin or morphine is exceptionally dangerous. Because the effects of cocaine wear off sooner, it can lead to a deadly overdose from the heroin.

If users continue to use cocaine, it’s normal for them to feel “comfortable” with its effects. However, taking cocaine more frequently and at higher doses puts the brain and body more at risk for long term effects such as organ damage, depression and lifelong drug cravings.

The longer term effects from cocaine include:

Getting Help for a Cocaine Addiction

Drugs have a way of playing tricks on the brain. Once dependent on them, it’s easy to lie to yourself and assume that you have control over the situation. After all, the cocaine makes you feel good. Everyone or everything else is the enemy. Not the cocaine.

Unfortunately, cocaine is a powerful and addictive drug, even for occasional users. There is no safe way to use the drug. When life becomes stressful, people who use cocaine recreationally often pick up the habit to deal with their emotions. This quickly leads to tolerance, dependence and addiction.

The only way to deal with cocaine addiction is to seek professional help. While the detox process from cocaine is usually not fatal, it is extremely difficult from a psychological standpoint. The cravings can be so strong, it’s almost impossible to stay away from the drug without professional intervention. This is why cocaine addicts benefit from an inpatient treatment program where they are able to reside in a safe, sober and supportive community for an extended period of time.

Once the detox process is complete, drug cravings for cocaine can last for months or years. Some recovering addicts report that cravings can appear suddenly and out of nowhere. Knowing this, it’s important that recovering cocaine addicts follow their continuing care plan. This includes forming a strong support network, attending 12 step meetings and practicing self care.

If you or someone you care about is dealing with an addiction to cocaine, get help now. There is no benefit in waiting. Cocaine has been glamorized in television and movies, and it’s created the false illusion that people with fame and money can use the drug at their leisure. This is not true.

Cocaine is powerful, addictive and unforgiving. Addicts need professional intervention to fight the cravings and lead a life of sobriety. Fortunately, this intervention is possible at The River Source. Call us today to learn more about our recovery programs for cocaine and why we continue to have some of the highest success rates in the country!