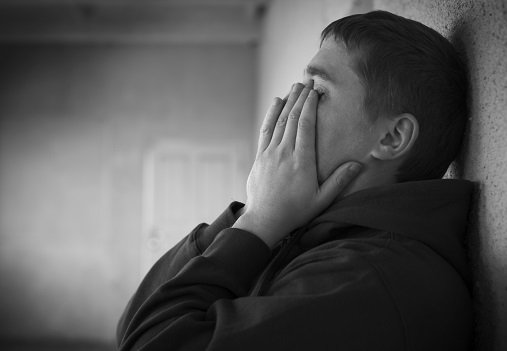 Addiction is never easy to cope with, but it’s especially difficult when you see the youngest members of society affected. At The River Source, seeing young teenagers struggling with addiction is always a difficult, heart wrenching experience. We see the families suffer, and the parents question what went wrong. We see your siblings scared and families torn apart. The addict themselves are still young and trying to work on their own coping mechanisms for the real world while dealing with the stress of growing up, fitting in, handling peer pressure and getting an education.

The River Source staff is not only fully invested in each patient but also their families. When we have a young addict with us, we know that the family is that much more important in the recovery process, mainly because the teen will be returning home to live with their family, and the family must understand how to work together to provide a supportive and nurturing environment. With each family we work with, we always hear families asking, “What could I have done differently?”

While there are many factors that lead up to a teen’s addiction, most of which cannot be controlled, there are certain things parents can do to stay in tune with their teen and recognize early signs of addiction, or at least questionable behavior. As difficult as it may be for parents to imagine their child touching drugs, we should all be objective in our roles as caregivers so that we can best be there for our children if they need it.

Here are some of the latest teen drug habits that today’s parents should be aware of.

Inhaling household products is nothing new, but the products that teens today are using include Dust-Off, a computer cleaner sold at computer stores. Dust-Off is popular because the effects are felt almost immediately and last anywhere from a few seconds to a few minutes. Inhalants are also difficult to detect since the high is short and there are no smells or odd behavior afterward. Parents should look for such things as nose bleeds, rashes or impaired coordination. Other popular sources of huffing include glues, shoe polish or solvents.

In an effort not to be caught with vodka on their breath, teens have taken to a new habit: vodka eyeballing. With this, a shot of vodka is placed on the eye. Since there are so many blood vessels on the eye, the vodka is absorbed quickly into the bloodstream and the buzz is felt almost immediately. With there being such a high content of alcohol in the vodka, users can experience burning or scarring of the cornea. In severe cases, this could lead to blindness.

They may sound harmless, but pharm parties are some of the latest – and most dangerous – doing for teenagers. Also known as Skittles parties, teens come to these get-togethers with a bag of random pills. Everyone throws their pills into a large bowl, then takes a handful for the night. Some teens take all the pills at once, while other save some for later. There is generally alcohol involved as well, so teens are not only mixing drugs but also drugs and alcohol.

Pharm parties are dangerous – hands down. The increase in prescription painkiller use has made them popular, but it’s not uncommon to overdose or have negative reactions when combining drugs. The problem is that teens don’t know what they’re taking, so many of these drugs have adverse side effects with each other. Because there are no odors or paraphernalia, pharm parties can go on more discreetly, making them highly popular in the suburbs.

Energy drinks have been popular with students for many years, even those in elementary school. But there is something new that has emerged: energy drinks with alcohol. Teens like to combine these substances to avoid feeling tired or sluggish when drinking. Unfortunately, these drinks try to fool the body that it’s not as drunk as it is. High levels of caffeine can boost blood pressure and heart rate. When mixed with alcohol, these drinks further the effects on the heart, causing heart palpitations.

There are also caffeinated gel strips that can be placed on the tongue, and each strip contains as much caffeine as a cup of coffee. The problem is that kids aren’t just placing one strip in their mouth but five or six. On small, underdeveloped bodies, these effects are more pronounced, and nurses at schools have seen more kids coming in with heart palpitations and arrhythmias. when young kids consume too much caffeine, the effects can be seizures, strokes or even sudden death.