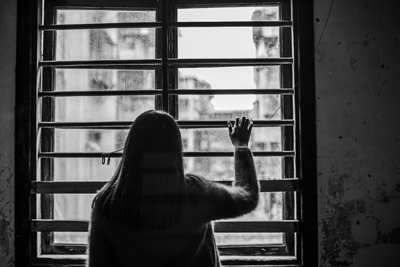 How Our Perception of Drug Abuse Has Changed Over the Years

September may be the end of National Recovery Month, but this doesn’t mean that we should stop talking about addiction, treatment or recovery. We need to keep talking and continue sharing the message that prevention is effective and treatment works. We’ve come a long way in understanding addiction, but we have a long way to go. Unfortunately, many myths still persist. Fortunately, people who want to recover have more tools and resources available to them than ever before. And so do their families.

Let Recovery Month be the jumpstart to this conversation. We’ve made a huge impact so far, and we can do more. Take a look at the changing views of addiction over the years. Imagine what may be available to addicts and their families in the future!

The Emergence of Drugs in American Culture

The issue of drugs and alcohol is not a new concept. It has always played a role in American society, and it has always included some type of opposition. Colonial residents and those before them used derivatives of natural substances to cure ailments, relieve pain, enhance sexual performance and enjoy recreational fun.

Tobacco and alcohol were introduced in the U.S. as early as the 1500s. In the 1600s, it was marijuana that came to Kentucky. Up until the Civil War, however, it was mostly tobacco and alcohol that were most popular in American culture.

One of the first non-indigenous substances to become part of the 19th century was opium, which came from Chinese immigrants. During the 1800s, opium was readily available and easy to get. It was thought to be a medicinal herb that could cure just about anything, from marital problems to nerve pain. Also in the 1800s was morphine, which was first separated from opium by European chemists during the early era.

In the early 1900s, barbiturates were used for tranquilizers and sedatives. They were commonly prescribed for people with sleeping problems, as well as those who wanted to be sedated during the day. Amphetamines also found use in the 1900s when laboratory results found that they raised blood pressure and stimulated the nervous system.

Then there were the 1960s that brought LSD to the American culture. But, with tighter regulations, people quickly turned to heroin. Since the Vietnam War was going on during this time, it made America’s drug problem worse. Soldiers had access to overseas substances, and when they returned home, they wanted drugs to cure their depression, anxiety, and boredom.

Fast forward to today, and you can now add synthetic drugs and prescription painkillers to our list of drugs. But, this isn’t the only thing that has changed over the years. So has our attitude toward addiction.

A century ago, addicts were believed to be morally degenerate. There was no formal treatment available because addiction was not viewed as a disease. Addicts would instead be locked away in asylums or imprisoned because of their behavior and lack of self-control. Many of these people would end up going through withdrawal without being in a safe, controlled environment, and this was torturous.

In the 1950s, people believed that drug abuse was still a problem among the lower socioeconomic groups. As soldiers returned home from WWII with addiction problems, people turned the other cheek because they felt the soldiers had fought for their country and their drug use was justifiable. No treatment centers were available, aside from psychiatric centers associated with hospitals.

It wasn’t until the 1960s that the attitude toward addiction started to change, and for good reason. This was an era where things were tumultuous and drug use was part of many anti-war protests, civil rights movements, peace festivals, and riots. It was everywhere. Our understanding of addiction grew, and alcoholism has officially declared a disease. By the 1970s, lawmakers were recommending treatment rather than criminal prosecution.

At this time, doctors were also starting to study addiction and found medications that could be used to aid in the detoxification and withdrawal process. Addiction was now being recognized as a physical affliction. This was a good start, but the trouble was that the medical community thought that detox and recovery from the physical dependency was the end of the problem. Therefore, there was little support available beyond the detox process.

A Shift to Client-Centered Care

According to the National Institute of Health, the last three decades have brought a lot of success in understanding the risks, mechanisms, and consequences of addiction. We now understand that addiction is a complex brain disease, and it can take a long time to repair all the brain circuits and end drug-seeking behavior. Thankfully, more therapies are available to help recovering addicts get to the root of their problem and manage temptation.

There has also been a shift to client-centered care, which focuses on the individual’s strengths and weaknesses. These are then applied to a personalized treatment plan. Many treatment communities exist, and the shift to holistic care is becoming more prominent. Rather than focusing on the physical side of addiction, treatment centers are taking into account the total person: mind, body, and spirit.

Most importantly, society is finally realizing that addiction is not a character flaw. Not a moral failure. Instead, it’s a brain disease that is characterized by chronic, impulsive behavior. It is treatable, however. Prevention DOES work. Treatment IS available. And when you choose The River Source, it can be enjoyable, too.